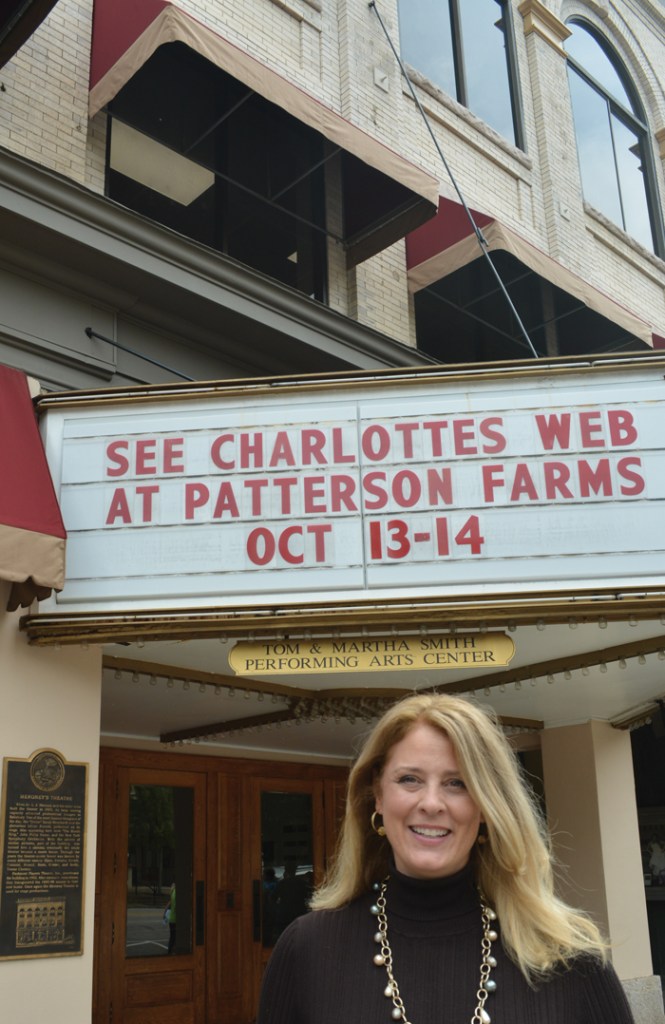 Allison takes a call from her daughter, Davis, who’s studying abroad in London this semester

Allison Wilhelm is articulate, funny, vivacious, gorgeous — everything you’d expect from someone who’s spent a lifetime in the theater.
Allison, who turns 50 in November — a fact of which she is quite proud — has spent the past 25 years in theater marketing. She’s now brought her prodigious talents to Piedmont Players Theatre, where she became marketing director on June 25.
Her love for PPT runs deep. A theater major at Catawba College, she met her husband, Patrick, a Rowan County native on the Meroney Stage in 1991, when they were part of the cast of “Into the Woods.” He was one of the princes, and she was an evil stepsister.

Allison and her husband, Patrick, met in 1991 in the PPT production of ‘Into the Woods’