May this ‘First Man’ not be our last 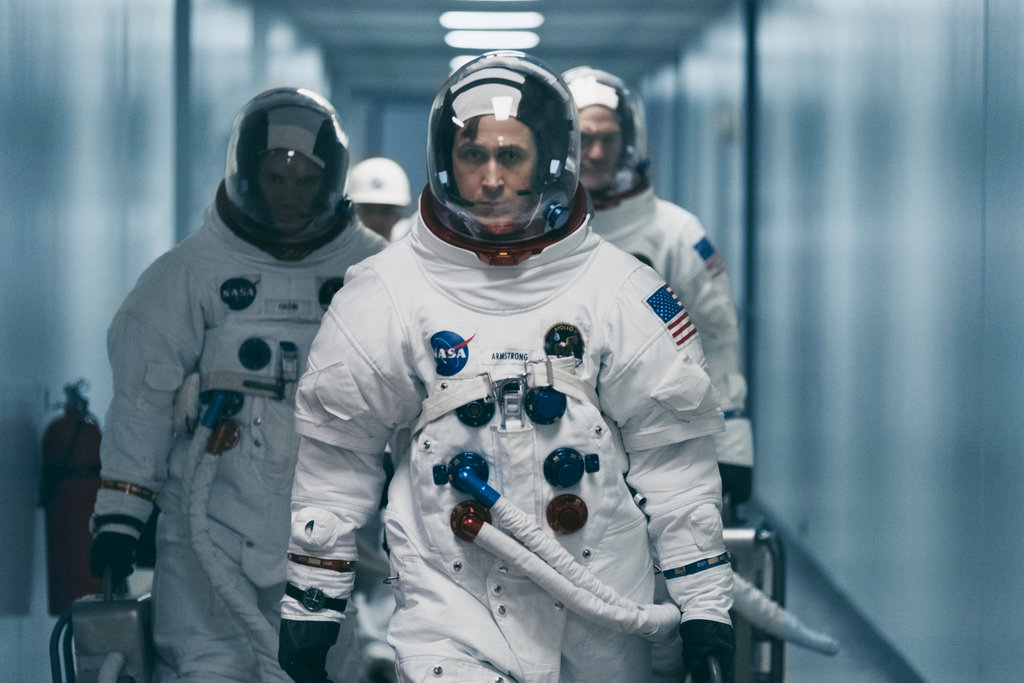 When Neil Armstrong and Buzz Aldrin set foot on the moon in July 1969, they bestowed an enormous gift on America, and on the world, by setting certain facts straight. They proved that we can achieve our greatest, most impossible dreams. And they proved, beyond the shadow of a doubt, the idea of American exceptionalism.

What did it take to achieve something of this magnitude? This is what our director, Damien Chazelle, and the rest of us wanted to explore. We wanted to take audiences back to a time when success wasn’t a foregone conclusion and examine how Americans embraced the idea of strapping some of our boldest and brightest into tiny capsules on the top of missiles and launching them into the unknown. What did it feel like for the astronauts risking their lives, and for their families waiting at home? What did it cost them as individuals – and us as a nation?

Answering these questions required a lot of research. It began with James R. Hansen’s terrific biography of Neil Armstrong. The folks at NASA introduced us to countless astronauts and flight controllers and technical people from the Gemini and Apollo programs. It’s worth mentioning that the average age in Mission Control during Apollo 11 was 28. Given how new the field was, there weren’t a ton of experts. These were young, driven men and women who were excited about the possibility of what could be rather than what was. They faced immense responsibilities and stepped up to the meet the challenge.

We also had the privilege of working closely with Armstrong’s sons, Rick and Mark Armstrong, as well as Ed White III and Bonnie White Baer, the children of fallen Apollo 1 astronaut Ed White II. During the Gemini and Apollo programs, the astronauts became icons. But to their children, they were simply “Dad.” Sure, they worked a lot, but with most of the NASA families clustered in a few Houston suburbs, this was the norm. The major difference was the risk involved. Everyone knew astronauts who had died, wives who had lost spouses and kids who had lost a parent. Saying goodbye to Dad in the morning could be saying goodbye to him forever.

The willingness to embrace risk and sacrifice on behalf of a national dream is one of the biggest ways our nation seems to have changed since the Apollo missions. Outside of the military, we rarely see this at all. There is no doubt that the moon missions were costly, both in terms of money and lives. But what we achieved fundamentally changed history.

A lot has changed over the past 50 years, both internationally and in our national culture. This is what people say when they try to explain why, today, we haven’t been able to get behind big dreams like the moon mission.
But are things really that different than they were in the 1960s? Back then we were a deeply divided nation, grappling with major questions about national security and civil liberties. There was no easy, universal mandate to devote such resources to the Gemini and Apollo programs. Quite the opposite: By the mid-1960s, when Americans stopped worrying that Russia was going to use Sputnik to attack us from space, public support for NASA was decidedly mixed. But we persevered. We shouldered the costs. And we went on to achieve something undeniable that brought America and the world together.

All of us who worked on “First Man” are now fully aware of the risks we face in exploring the heavens. But, as President Ronald Reagan said after the Challenger disaster, “The future doesn’t belong to the fainthearted; it belongs to the brave.” I hope we as a nation and a civilization can begin to dream again and find our way to the difficult yet rewarding future.The writer is a producer of “First Man.”