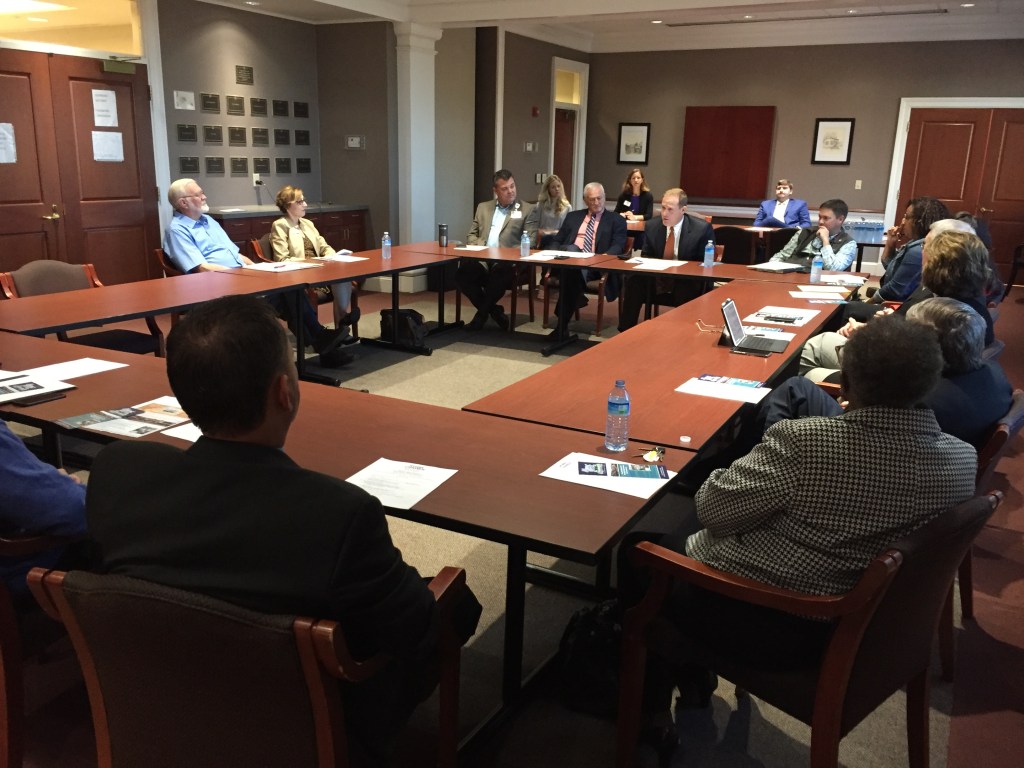 Much of the discussion, held during the Rowan Chamber’s quarterly Mayors’ Roundtable, centered on economic growth. Rowan County, as well as the state and country, are seeing upward trends, the participants said.

County commissioners Chairman Greg Edds spoke at length of a “lot of good stuff” at work throughout the county, including space needs, pay studies, workforce and industrial development, and expansion of local retail stores and restaurants.

“All of this is providing opportunity to cut into our retail leakage,” Edds said, adding that the amount of spending the county loses to other counties each year has fallen $35 million from 2014 to 2017.

“People are buying more local because we have more opportunity to buy,” he said.

Edds’ celebrations were echoed by municipal leaders from across the county. Barbara Mallett, mayor of East Spencer, spoke of the town’s new charter school and park and of new condo-like housing that quickly attracted new residents.

“The rent for one unit is $925. That’s a lot for our area, but in 30 days they were filled. All six of them,” Mallett said. “That tells me there’s potential there for building and growing our community as far as housing.”

Beau Taylor, mayor of Rockwell, said in one new housing development, one of the homes has already sold — “a lot for a small town,” he said.

China Grove Mayor Lee Withers reported an “unbelievable amount of building permits,” saying it is hard to find an empty lot in town.

New housing brings with it business and entertainment, said Kannapolis Mayor Darrell Hinnant, noting the new baseball stadium coming downtown and Amazon’s quest to increase from 650 to 1,200 employees by Christmas.

It was with that job growth that the group shared a common struggle.

U.S. Rep. Ted Budd, R-13, said the struggle to find workers is being felt nationwide. With the unemployment rate low, including record lows for women and minorities, there are some 6.7 million unfilled jobs across the nation, he said.

“These are great things, but for people who are hiring like Power Curbers in your area or New Sarum Brewery, it’s hard to find folks to fill these slots,” Budd said. “We’ve got to take a look at what types of education comes post-high school.”

Budd said the shortage could be addressed in part by emphasizing workforce development and trade skills as well as addiction recovery, citing legislation such as the Thrive and Coach acts that address addiction and recovery.

Other struggles include the recent hurricanes. State Rep. Harry Warren the General Assembly will reconvene Monday to allocate funding for coastal areas affected by the storms.

Of particular concern is the damage to the agriculture and aquaculture industries, Warren said.

“We’re looking at $250 to $350 million just for small farmers to try and get them back in operation,” he said. “We need to keep that industry. Farming brings about $84 to $87 million a year in North Carolina. It’s one of the biggest industries we have, and we’ve got to protect it.”