Quotes of the Week: ‘… The Holy Spirit is writing on my brain’ 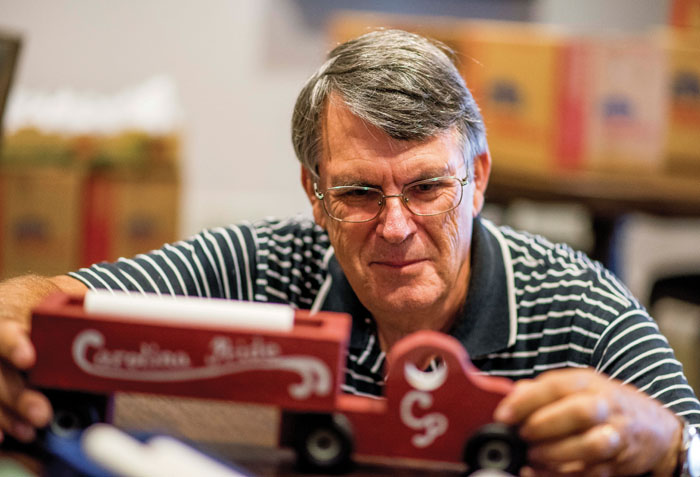 Terry Oglethorpe sets up a box trailer on a truck tractor at Powles Staton Funeral Home. He has donated hundreds of his homemade toys to Operation Toy Soldier. Jon C. Lakey/Salisbury Post

“I really think the man upstairs or the Holy Spirit is writing on my brain.”

— Terry Oglethorpe, on his inspiration for the wooden toys he crafts after donating hundreds of them to Powles Staton Funeral Home’s Operation Toy Soldier holiday giveaway

“The most important thing they taught me is a hand extended to give is always in the best position to receive.”

— Wilson Cherry, executive director of Rowan Vocational Opportunities, on what he has learned working with United Way and its partner agencies to do good in the community

— Crystal Turney, on how her family is coping with the death of her 21-year-old son, Ryan, a Carson High School graduate who died from methanol poisoning after drinking tainted alcohol during a side trip to Vietnam while in Thailand for a semester studying abroad

“It’s a horrible conversation for some people, but it’s a county conversation we need to be having about the future of our schools. We’ve got to quit kicking it down the road.”

— Dean Hunter, a member of the Rowan-Salisbury Board of Education, during a retreat at which the board discussed the growing costs of building maintenance and replacement as the district copes with dwindling enrollment and funding and faces the prospect of consolidation

“Volleyball is never a one-person thing. Everyone contributes something. You never get the kill without the pass and the set.”

“If he wasn’t talking them out of doing something stupid, he was encouraging them.”

— Tywanda Heilig, on how friends remember Justin Heilig, 34, a Salisbury man who was shot and killed in Tampa, Florida, last week