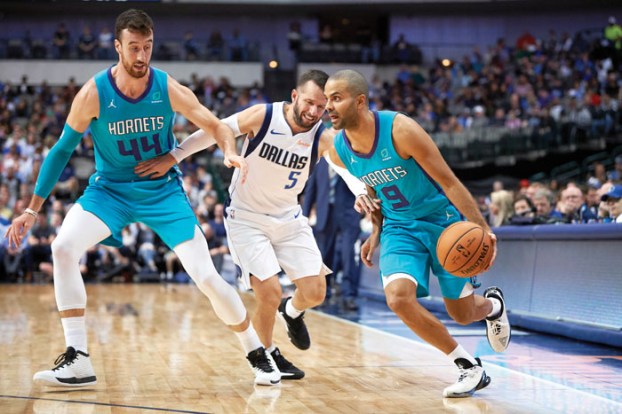 Charlotte Hornets' Tony Parker (9) drives to the basket around a screen by teammate Frank Kaminsky (44) on Dallas Mavericks' J.J. Barea (5) during the second half of an NBA preseason basketball game Friday, Oct. 12, 2018, in Dallas. (AP Photo/Cooper Neill)

Packers kicker Crosby looks to bounce back after awful game

GREEN BAY, Wis. (AP) — Mason Crosby survived one of the worst seasons of his career by putting together five... read more