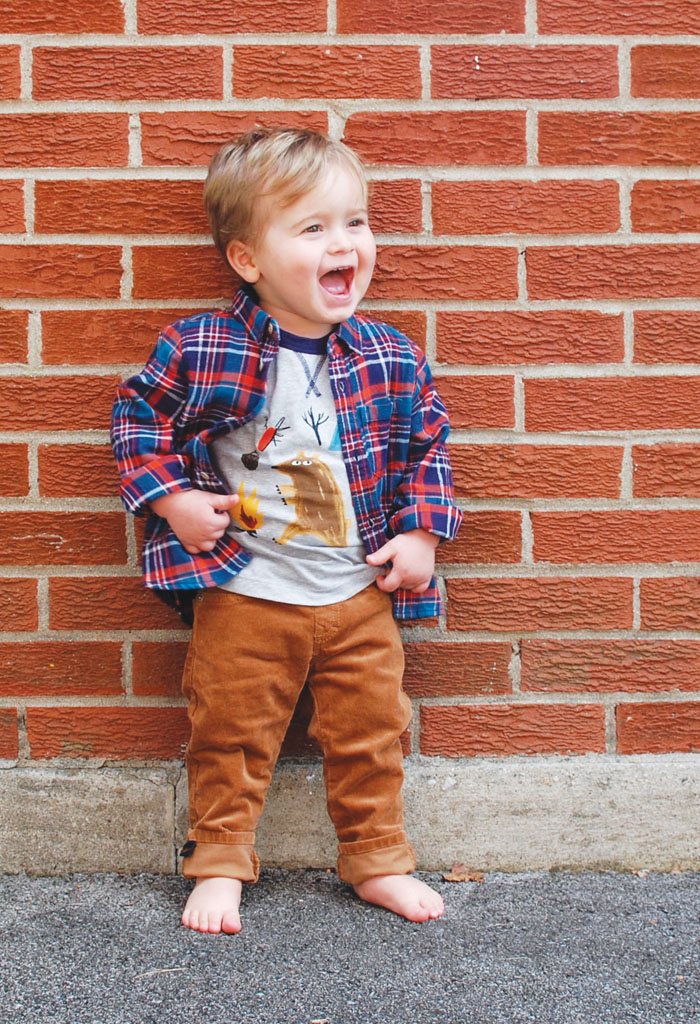 Jake Walker, 19 months, of Salisbury has been chosen as a national top 10 finalist for a Gymboree cute toddler contest. Submitted photo

SALISBURY — Marian Walters says when it comes to her easy-going, 19-month-old son Jake, smiles are easy to come by.

That smile has now earned Jake, a lifelong resident of Rowan County, a spot among 10 finalists in Gymboree’s national “Smile Baby Smile” contest.

He won a $500 gift card for being selected, but more is on the line: If he snags the top spot in public voting, he’ll become a Gymboree model and win 10 years of free clothing from the store.

Walters, a stay-at-home mom, said she learned about the contest through social media.

“It came up as an ad on Instagram,” she said. “As a parent, who doesn’t love a cute baby contest? Of course I clicked on it.”

The chance for 10 years of free clothing was enough to entice her, Walters said, so she and Jake took a trek to the nearest Gymboree.

They tried on a few options before settling on the tot’s woodsy, flannel and layered look.

Next came the quest of snagging the perfect, smiling picture.

“He is a total ham,” said Walters. “We call him the mayor because he’ll talk to everyone. … Getting a smiling picture wasn’t hard. I just wanted to make sure this one was prize-worthy.”

With the help of a brick backdrop outside their Salisbury home — and dad to coax a few smiles — Walters swapped out the iPhone for a higher-quality camera and started snapping.

Jake delivered with a wide-mouthed grin — after a few serious-faced “model shots,” of course.

“It was weird because I captioned it ‘It’s fall, y’all,’ but it’s been 90 degrees,” Walters said with a laugh. “He was in that flannel just long enough to get a good shot.”

And good it was. Walters’ 600-plus Instagram followers “liked” the picture more than 100 times. It was enough to snag the attention of Gymboree’s marketing team.

“Great news! Your adorable kiddo is one of our toddler finalists for the #SmileBabySmileContest,” a comment from the company reads on Jake’s picture.

Walters said she and her husband are quite excited that Jake made it to the next round and scored a $500 gift card. His journey further in the contest now rests in the hands of the public.

People can cast votes once daily from each of their devices and browsers. To vote, visit www.gymboree.com/smilebabysmile and click the heart next to your “favorite toddler.”

On Thursday afternoon, Jake was in third place by roughly 1,000 votes. Walters said she has been voting as much as possible — through Internet Explorer, Mozilla, Chrome or visits to the library and Apple store.

“I think the modeling would be so cool and so cute, but that is a one-time thing,” she said. “If you win, you get $1,000 a year for 10 years. That would be awesome for me. I’d have baby-shower gifts for the next 10 years. My nephew would have cool back-to-school outfits each year. I can’t even imagine what spending $1,000 a year on a child’s wardrobe would feel like.”