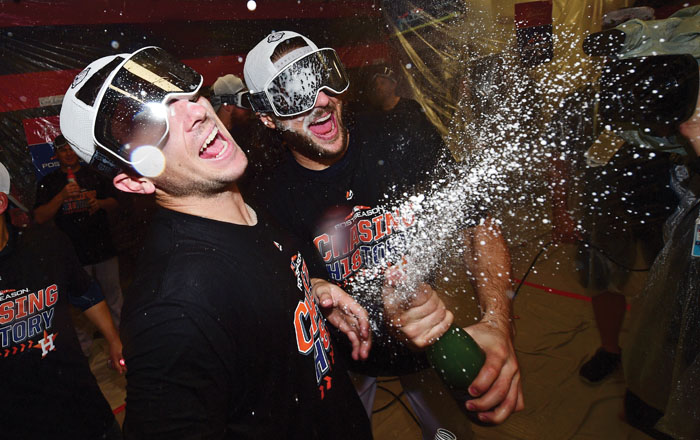 NEW YORK (AP) — Alex Bregman is getting his wish — the Houston Astros are headed for prime time.

Major League Baseball released the schedule for Games 1 and 2 of the NL and AL Championship Series on Tuesday, and the Astros will play either the Boston Red Sox or New York Yankees on Saturday and Sunday nights.

The Astros played all three of their AL Division Series games against the Cleveland Indians in the afternoon, with Red Sox and Yankees playing exclusively in prime time.

Bregman sounded off about the scheduling decision to ESPN after the defending World Series champions completed a three-game sweep of the Indians on Monday.

“Does Floyd Mayweather fight the first fight of the night, or is he the main event?” Bregman said. “I mean, does Tiger Woods tee off at 8 a.m.? It’s about time the show ‘Stros play on prime-time television, so we’re looking forward to the ALCS.”

Game 1 of the ALCS will be at 8:09 p.m. Saturday, and Game 2 will be at 7:09 p.m. Sunday. Game 1 of the NLCS between Milwaukee and the Los Angeles Dodgers will be Friday at 8:09 p.m., and Game 2 will be Saturday at 4:09 p.m. The schedule is the same as last year, and Houston would have played Game 2 in prime time regardless because it is the only scheduled game that day.