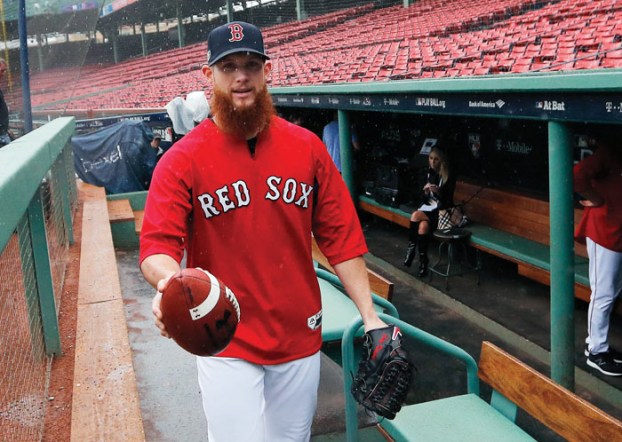 Boston Red Sox relief pitcher Craig Kimbrel walks into the dugout as it starts to rain during a workout at Fenway Park, Thursday, Oct. 11, 2018, in Boston. The Red Sox host the Houston Astros in Game 1 of baseball's American League Championship Series on Saturday. (AP Photo/Elise Amendola)

Astros ready to defend crown in ALCS against Boston 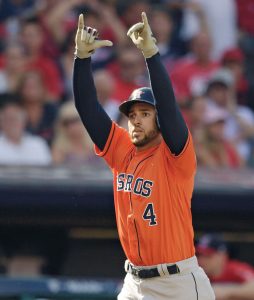 Boston began the postseason 0-2 on the road at Cleveland in 2016 and again at Houston last year.

By winning a club-record 108 games this season, the Red Sox ensured home-field advantage through the postseason. They split at home against the Yankees last weekend, swept a pair of games in New York to advance and open the AL Championship Series against the World Series champion Astros on Saturday night.

Chris Sale starts for the Red Sox and Justin Verlander for the Astros.

Sale gave up seven runs in last year’s opening 8-2 loss to Houston, including two home runs by Jose Altuve and by Alex Bregman. Sale made a rare relief appearance in Game 4 at Fenway Park, replacing Rick Porcello to start the fourth inning with Boston trailing 2-1. After Andrew Benintendi’s two-run homer put the Red Sox ahead, Sale allowed Bregman’s tying home run leading off the eighth and a one-out single to Evan Gattis, who gave Houston the lead for good when he scored on Josh Reddick’s single against Craig Kimbrel.

“Going through that the last two years helped,” Brock Holt. “We’re better because of what happened last year.”

Boston was 57-24 at Fenway Park this year, the best home record in the major leagues, and Sale has a 1.29 ERA and .199 opponents’ batting average in his last eight home starts.

“I think he just feeds off the crowd and he just feels more comfortable at home,” Red Sox shortstop Xander Bogaerts said.

“It’s a big difference to be able start at home against a good team,” Holt said.

With its quirky dimensions that include the Green Monster in left, Fenway can be difficult for visiting teams defensively. Marwin Gonzalez has played just 24 regular-season innings in left field at Fenway plus the two games last October.

After beating the 100-win Yankees, the Red Sox face the 103-victory Astros. The only other year Boston met a pair of teams in the postseason with triple-digit regular-season wins was in 2004, when the Red Sox beat the Yankees (101) to become the first major league team to rebound from a 3-0 postseason deficit, then swept St. Louis (105) for their first title since 1918.

Cora was Houston’s bench coach last year before he was hired by Boston.

“Like Verlander said in spring training, to get to the World Series, you have to go through Houston,’” Cora said.  “Here we are.”

Notes: 1B Mitch Moreland, who injured his right hamstring in Game 2 against the Yankees while running the bases, participated in batting practice on Thursday. “He’s feeling better,” Cora said. “We’ve still got time to see where we’re at with him. Hopefully he keeps getting better and he’ll be ready to go on Saturday.” … 3B Eduardo Nunez appeared to injure himself while making the throw to first for the final out Tuesday. “He’s OK. I think he slipped on that play, but then he was jumping up and down celebrating,” Cora said.