Thomas Mills: It all depends on voter turnout 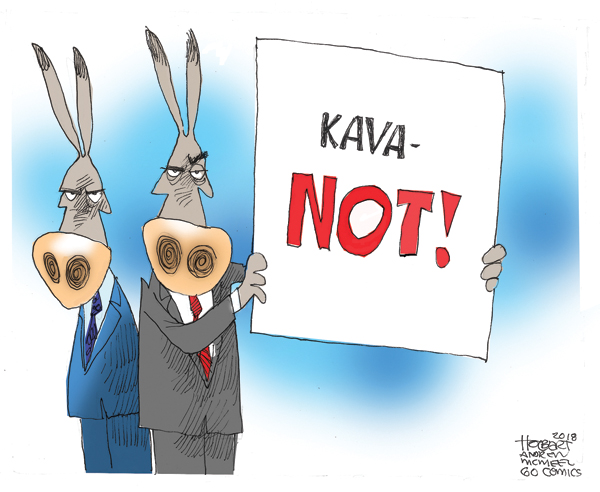 There’s a lot of speculation about how the Kavanaugh hearings will affect turnout in November. Conservatives insist the hearings awakened their base. Progressives believe their side is even more energized. I believe that the episode will be a distant memory by the time people are voting in large numbers.

The Kavanaugh vote on Saturday served as a release valve for the GOP that was so outraged at the sexual abuse allegations. They won and I suspect they will go on believing that they already have the momentum. As a GOP poll said last month, the Republican base doesn’t believe the polls and has bought into Trump’s declaration that November will be a “Red wave.” Kavanaugh’s appointment probably just reinforces those beliefs.

On the Democratic side, enthusiasm was already as high as it’s been since the Bush era. I doubt the hearings motivated people who were not already engaged. Kavanaugh’s confirmation, though, strengthened their resolve and will keep them engaged to the end. Expect a strong Democratic turnout this year. Progressives mistake protests for support. They’ve done a great job engaging their base with the Women’s March, the #NeverAgain movement and, now, #MeToo, which has been abandoned by the GOP. While these movements might indicate the long term direction of the country, there’s no guarantee that it portends electoral success in the near term. In other words, we could become a significantly more progressive country over the next decade while still falling short in November.

In North Carolina, we had the largest protests in the country in 2013. Moral Mondays energized the Democratic base and brought national attention to the sharp right turn the state’s legislature was taking. However, for all the publicity, it didn’t yield major results at the ballot box.

North Carolina did slightly better than the nation as whole in 2014 but gains were modest and turnout barely changed. In the 2010 midterm, Democrats turned out at 44 percent. In 2014, they only improved by two points to 46 percent. In contrast, registered Republicans voted at 51 percent both years.

To have a lasting impact on politics, progressives need to turn their energy into action. There’s clearly evidence that it’s happening this year. Groups like SwingLeft and Break the Majority seem to have solid field organizations that could lift Democratic turnout to new heights. In North Carolina, Democrats need to close the five point gap in turnout and hope that unaffiliated voters break their way. If that happens, then Democrats will have shown that they can translate direct action into electoral success.

Thomas Mills,  founder and publisher of the Politics NC blog, is a former Democratic political and public affairs consultant.