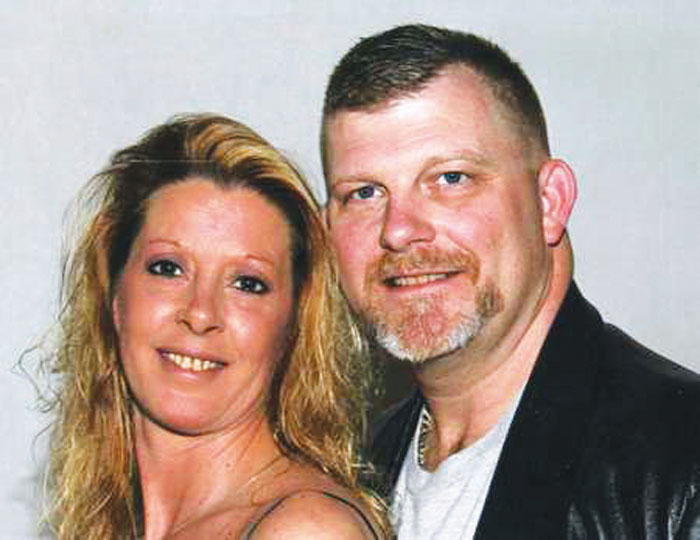 SALISBURY — A Salisbury man was convicted Wednesday in a 2012 hit-and-run vehicle accident that killed a Granite Quarry couple.

He was sentenced to two consecutive life sentences without parole.

Khalil Abdul Farook, 56, has been in the Rowan County Detention Center since he turned himself in to authorities in June 2012.

A jury convicted Farook of two counts of felony second-degree murder and one count of felony failure to remain at the scene of an accident that caused serious injury or death.

He had pleaded no contest.

The jury convicted him as a violent habitual felon, which carries a mandatory penalty of life in prison without the possibility of parole.

Farook was convicted in 1992 of felony second-degree murder and in 2000 of felony assault with a deadly weapon with the intent to kill inflicting serious injury. Officials said that supported his status as a violent habitual felon.

The June 17, 2012, accident of which he was convicted Wednesday killed Tommy “Mark” Marshall Jones Jr., 47, and his wife, Suzette Burleson Jones, 48.

The N.C. Highway Patrol said in 2012 that Farook was driving a Saturn when the car ran off the right side of the road. He overcorrected and collided with the Harley-Davidson the Joneses were riding. The accident occurred on Airport Road.

Officials said at the time that Farook ran from the scene. He was originally charged with two counts of felony death by vehicle, felony hit and run, driving while impaired, driving while license revoked, reckless driving and driving left of center.

Rowan District Attorney Brandy Cook said she appreciates the work of prosecutors Sarah Garner and Aaron Berlin on the case, the thorough investigation by the Highway Patrol, and the work of the jury.

Farook has been in the Rowan County Detention Center since his June 2012 arrest.