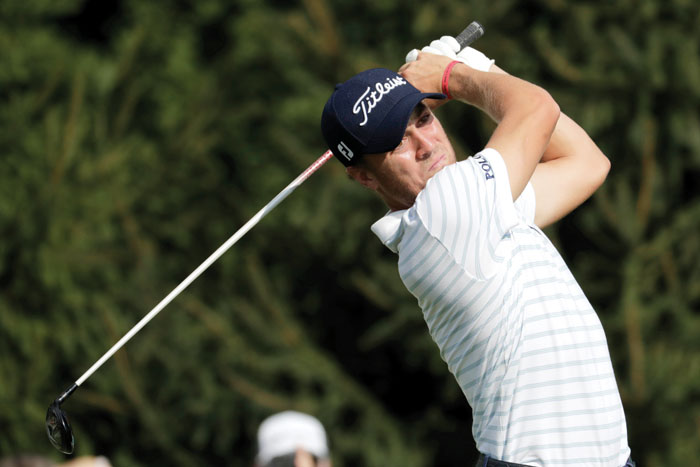 FILE - In this Thursday, Aug. 23, 2018 file photo, Justin Thomas tees off on the 14th hole during the first round of the Northern Trust golf tournament in Paramus, N.J. Tiger Woods finished off the PGA Tour season by tapping in for par to win the Tour Championship, a moment that ended any doubts that he could win again after four surgeries on his lower back. And then the moment was gone as the Ryder Cup began. Overlooked from last season was Justin Thomas being first player to win consecutive money titles since Woods, and Woods winning a fifth tournament in three decades. (AP Photo/Julio Cortez, File)

Baby Braves bow out in playoffs, but the future…