Taylor Swift changes her tune on political involvement. Does it matter? 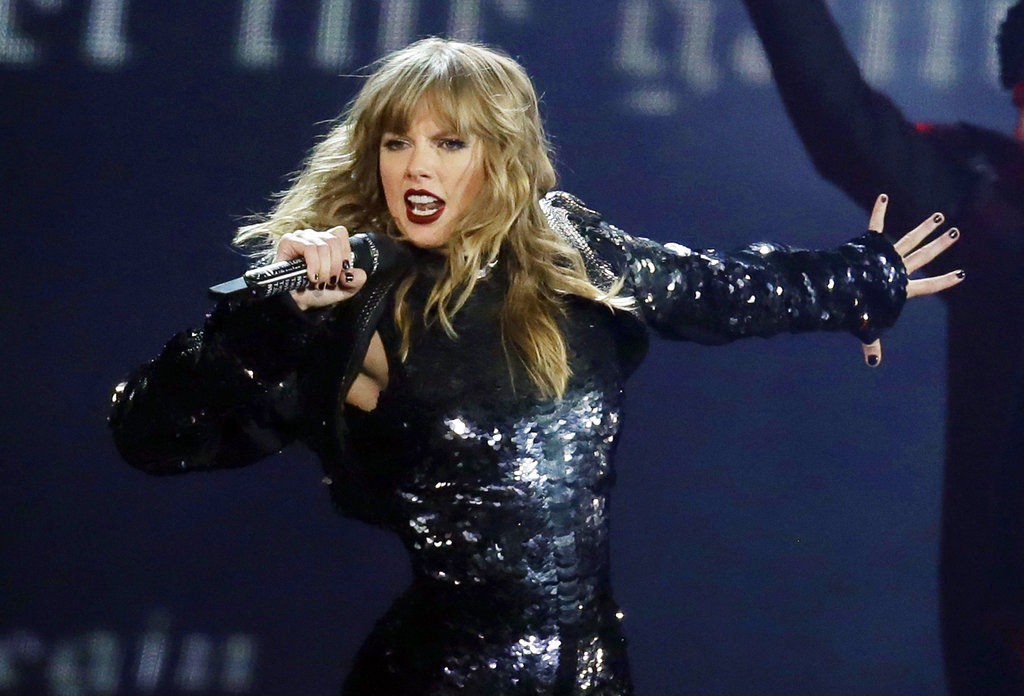 In this May 8, 2018, file photo, Taylor Swift performs during her "Reputation Stadium Tour" opener in Glendale, Ariz. (Photo by Rick Scuteri/Invision/AP, File)

The October surprise of 2018 might well be a perfectly timed Instagram post from Taylor Swift. Is it possible that she can do for Democrats what so many of her peers failed to do in 2016?

Two years ago, Democrats turned million-dollar performances by pop icons like Beyoncé, Jay-Z, Pharrell, Jennifer Lopez, Bruce Springsteen, Lady Gaga, Bon Jovi and Katy Perry into zero electoral votes. Will Swift take down the political culture of celebrity endorsements the way she has taken down ex-flames and streaming company execs? She could, and here’s why.

For almost a generation now, millennials have shown that while they may not have enough trust or faith in institutions and politicians to vote in the same proportions as older generations, they are not apathetic. Millennials and the older members of Generation Z coming of age have turned to community service and volunteerism to solve the nation’s problems – voting only when inspired. A 2014 poll from AP-GfK reported that volunteerism is more central to millennials than to members of the generation that preceded them; our most recent Harvard Institute of Politics survey shows that a majority of college students and 36 percent of Americans under age 30 reported volunteering for community service in the last year. In most years, more young Americans will volunteer than vote.

Swift, who is 28, has shrewdly created a bridge to voting from that established commitment to volunteerism. Her Instagram post on Sunday singled out specific issues that millennials like her care about and connected them to Democratic congressional candidates in her home state of Tennessee, citing a voter registration website and a Tuesday deadline. Vote.org, the website she linked to, reported nearly as many new Tennessee registrants in the 36 hours after the singer’s post as in the entire month of September, and more than double the number from August. Nationally, the site reported nearly 156,000 unique visitors in the 24 hours since her post – second only to the numbers on National Voter Registration Day – and 65,000 registrations.

A causal link has not been established, but there’s a pretty good chance that at least some of that spike is attributable to Swift. She has built a relationship of admiration and mutual respect with a social media following that is three times the size of President Donald Trump’s and exceeds the population of all but a handful of countries. She can reach that audience directly with her voter registration message, going beyond the college campuses, the home of traditional registration efforts in her peer group.

If Step 1 was getting her fans to register, Step 2 is encouraging them actually to vote. In her post, Swift outlined the issues that drew her into the political arena after a lifetime spent determinedly outside it. Channeling the fear about the future that two-thirds of her generation faces, Swift connected her “Tennessee values” to critical votes that a member of Congress takes, chipping away at one of the most significant barriers to voting, which is seeing the tangible impact that participation can make.

Young voters in Tennessee can stand with Swift, for example, when she supports candidates who will fight for “ALL Americans, no matter their skin color, gender or who they love,” as she wrote in her post. Swift said that the Republican candidate for Senate, Marsha Blackburn, had a voting record in Congress that “appalls and terrifies me.” Specifically: “She voted against equal pay for women. She voted against the Reauthorization of the Violence Against Women Act, which attempts to protect women from domestic violence, stalking, and date rape. She believes businesses have a right to refuse service to gay couples. She also believes they should not have the right to marry.” Therefore, Swift wrote, she would be voting for former Tennessee governor Phil Bredesen for Senate and Jim Cooper for the House of Representatives.

Swift’s move will have no lasting impact if the candidates she endorses, and dozens of others around the country, fail to act on issues that are personal and meaningful to her fan base. And, of course, context and timing matter greatly. Candidates seeking to take maximum advantage of what is a quantifiable increase of interest among young voters in the final weeks of the campaign would be wise to follow Swift’s framework. Voting is not the habit for young Americans that it is for others, so it’s critical to remind them that in every congressional district and state on Nov. 6, guns will be on the ballot – as will jobs, health care, gender equity and empowerment, education, student loans and the kind of capitalism they want to see practiced in the United States.

Our Harvard IOP polling shows that the 2016 presidential campaign, in conjunction with the Las Vegas and Parkland, Florida, shootings, the Supreme Court nomination fights and policy issues like immigration, trade and tax reform, have made politics relevant to young people in a way we have not seen since the terrorist attacks of 9/11. Swift is not immune to these concerns. So while some students I met with recently criticize her for a prior lack of participation, she is not too late to play her part.

Buoyed by Nashville and Memphis, two of the fastest-growing millennial metro areas in the country, Swift might do what few other celebrities have done with her entry into politics, in her state and beyond. Six of the top 20 millennial markets are in the toss-up states of Texas and Florida. North Dakota, also in play, has the highest increase in millennial population per capita of any state since 2010. The makeup of the House and Senate in 2018 and the White House in 2020 very much lies in the hands of millennials. Swift already stands out from her peers as having the most politically diverse fan base among young Americans, and I would not bet against her helping register, empower and activate just enough of them to make a difference in November, for them and for the country.