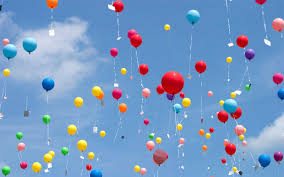 It’s so good to see that Whitey Harwood has come out of retirement after his successful single-handed campaign against smoking in Rowan County parks. I appreciate his witty comments in the Post to advance another important cause — balloon releases.

While on the surface balloon releases may appear to be an innocent symbolic action, in reality it is a mass littering event. Released balloons do not go to heaven, but instead fall to earth as litter which is a danger to our land and sea wild life.

These balloons are filled with a non-renewable resource — helium — and are not biodegradable as the manufacturers claim. They kill animals and pollute the earth.

There are so many other ways to mark an event that do not damage the environment as balloons do — plant a tree or flowers, light candles, sponsor a bench, make a butterfly garden. For more ideas check out www.BalloonsBlow.org.

Now that we’ve wisely banned smoking in county parks, let’s make Rowan County even more environmentally friendly and outlaw balloon releases. Thank you, Whitey, for your efforts to improve our community. I welcome any other groups or individuals to help in this cause to save wildlife everywhere.