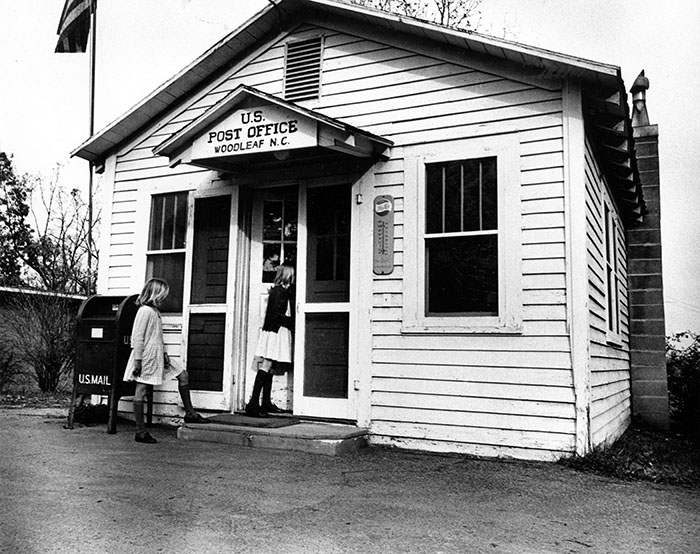 This photograph in the Salisbury Post files is dated Nov. 28, 1968, and it shows children entering the tiny Woodleaf Post Office, which the Post reported ‘will soon give way to a new building, which is just about completed.’ The caption to the above photograph continued, ‘The neat, picturesque building has been a landmark at Woodleaf for many years. The first Woodleaf post office was established on the Wilkesboro Road in 1855 with Daniel Wood as postmaster.’