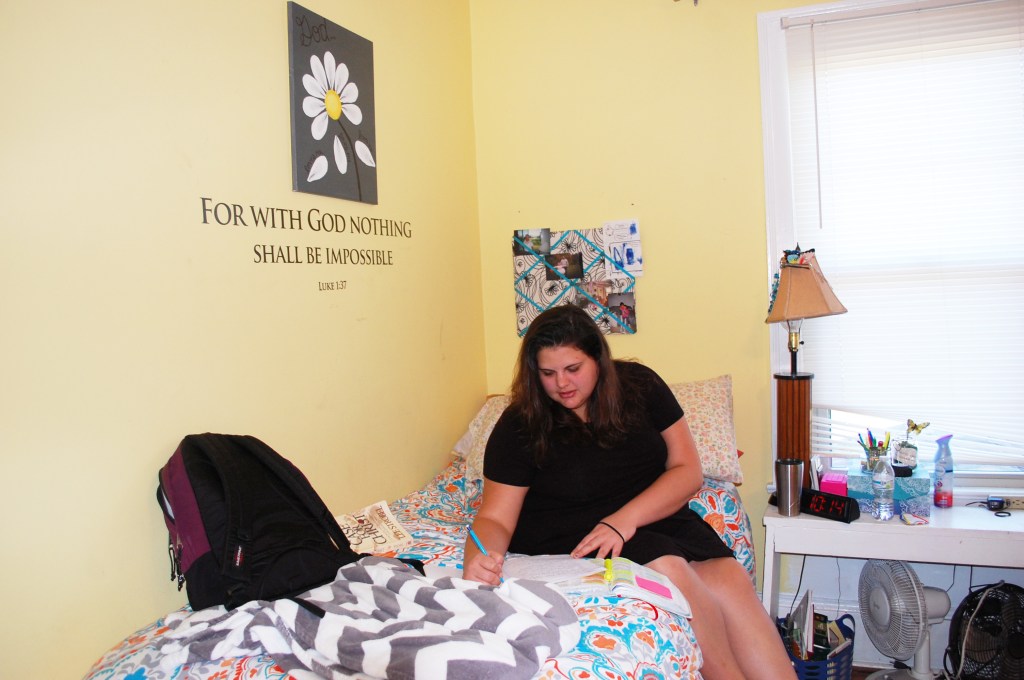 Kathy Thompson, a client at Capstone Recovery Center, takes notes in her bedroom on Oct. 4. Capstone is a faith-based recovery center for women, located on Innes Street.

SALISBURY — As the nation grapples with an opioid epidemic, Capstone Recovery Center enters its fifth year of helping women with addictions.

In a house at 418 W. Innes St., women go through a seven-month recovery program in hopes of leaving sober and becoming active in the community.

Hannah Waller is a 31-year-old mother who was addicted to opioids and alcohol.

“It was all about me and my drug use, the high I was going to get,” Waller said. “I would be lying if I said it’s not difficult and that I don’t miss my children. I want to be with my children. But being at Capstone, I’ve been able to learn about my behaviors, learn about myself, why I do the things I do.”

Waller grew up in Rowan County and was introduced to drugs in middle school. By 16, she was addicted to opioids. She went through a 28-day rehab program in Greensboro previously.

“I ended up using the day I got out,” Waller said. “It didn’t teach me anything. I came to the end of my rope, and I knew I wanted to change my life.”

Kathy Thompson, 25, said she needed a change from her life of drug use.

“I’m a recovering addict from marijuana and crack cocaine, and I got to the point in my life where I just couldn’t do it anymore,” Thompson said.

Though the stages of the Capstone program, the women get more privileges and move into a bigger room. Executive Director Miriam Ramirez said the goal is to ensure the women are prepared to integrate into society.

“We equip them to get back out and be a functional citizen and an asset to the community instead of a drain. Because now, here at Capstone, they’re very safe. But we want to see them out there making good choices two years from now,” Ramirez said.

Ramirez said his goal is to get the clients “back to reality.”

Waller said as an addict, she didn’t care about anything except the next high.

“We’re working with the United Way,” Waller said. “We had a needs assessment meeting last week and the No. 1 thing in Rowan County is substance abuse. So it just affects everybody.

Voters set to whittle down candidates across the state