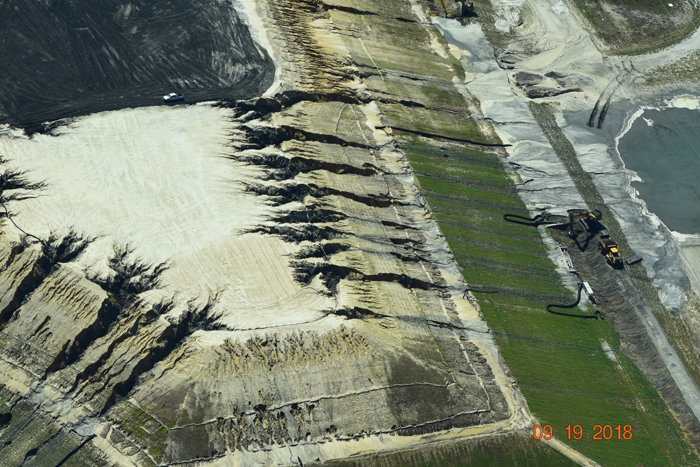 The state’s test results aligned with the samples Duke Energy collected and tested at an in-house lab. They showed no negative effects to the river after a dam breached at the company’s Sutton power plant, the company said. The state’s initial test results demonstrate “that Cape Fear River quality is not harmed by Sutton plant operations,” Duke Energy spokeswoman Paige Sheehan said.

The Wilmington area received more than 30 inches of rain from Florence before the swollen river rose to its crest and remained at flood stage for days.

The ash left over when coal is burned to generate electricity contains a range of potentially toxic heavy metals. The plant’s inundated basin contained about 400,000 cubic yards of ash, Duke Energy said.

The country’s second-largest electric company had described the gray material seen floating in the lake and river as “coal combustion byproducts.”

A spokesman for Earthjustice, an environmental advocacy group that launched a boat into the river within a week of the breach to collect its own samples, said the reported test results aren’t conclusive. The impact of the flooding at the former coal-burning power plant can’t be known until the river bottom is tested for pollutants that are likely to linger in the sediment, Earthjustice attorney Peter Harrison said.

“It would be reckless to claim that there have been no impacts to the lake and river, no ongoing threat, and no release of coal ash, without thoroughly evaluating the sediment,” Harrison said in an email.

The state environmental agency on Monday reported that sludge washed from buried coal-ash pits at Duke Energy’s H.F. Lee power plant in Goldsboro also had not polluted a neighboring river with heavy metals at levels concerning to human health.