What next for the court? Roberts may moderate 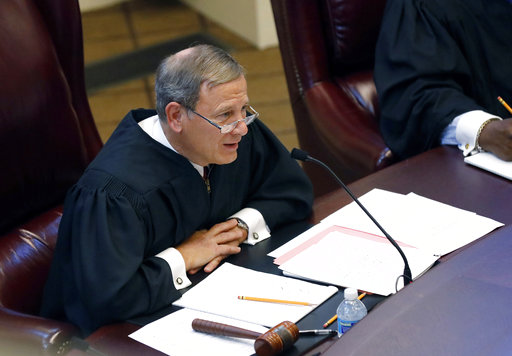 By Lawrence Baum
and Neal Devins

With Kavanaugh replacing the more moderate Anthony Kennedy, Roberts will now sit at the ideological center of the court. And the Kavanaugh fight may move Roberts to show more restraint in the pursuit of conservative goals than if some other Republican nominee had been confirmed.

No doubt, Roberts is a conservative with strong views about many of the issues the court addresses. With four even more conservative justices now on the court, Roberts is well positioned to see his views adopted into law. But as chief, he has a special responsibility regarding the court as an institution, including maintaining the court’s standing by fostering its esteem among the general public (and, in particular, the subset of the public that pays close attention to the court).

Even before the Kavanaugh imbroglio, Roberts had reason to worry. Public opinion surveys show that approval of the court’s work has been fluctuating, and that undoubtedly concerns Roberts and other justices.

Especially striking is the polarization of attitudes toward the court along party lines. Following the election of President Donald Trump, Republicans were far more likely than Democrats to approve of the court’s performance; when Barack Obama was president, it was the opposite. This pattern almost certainly is tied to a growing belief that the court is simply another political institution and that the justices act on a partisan basis.

Several justices have bemoaned this development. This is especially true of Roberts, who has decried today’s “sharply political, divisive” confirmation fights, adding: “We don’t work as Democrats or Republicans, and I think it’s a very unfortunate impression the public might get from the confirmation process.”

Perhaps for this reason, Roberts occasionally moderates his conservatism. He stresses that 5-to-4 decisions hurt the court and the rule of law and has given numerous speeches touting the need for the court to speak unanimously by doing only “what’s necessary to decide the case.”

While that principle did not stop the chief justice from helping to gut the Voting Rights Act or campaign finance legislation, Roberts has sometimes steered the court away from sharply divided opinions when it can reach narrow consensus rulings. Almost surely, he helped broker compromises on the Affordable Care Act’s contraception mandate and on the First Amendment rights of bakers who refused to participate in same-sex marriages. And when the court was shorthanded for a year after Justice Antonin Scalia’s death, Roberts likely played a major role in its effort to avoid hearing cases that would produce inconclusive tie votes.

More tellingly, Roberts drew the ire of Trump and other Republicans by upholding the Affordable Care Act in 2012. Roberts’s decisive vote may have stemmed in part from his desire to avoid striking down a major law on a party-line vote. And unlike the court’s other Republican-appointed members, Roberts has limited his interactions with the conservative legal community.

The debilitating political rancor over the Kavanaugh confirmation has deepened the perception that the court is caught up in partisan politics, and statements in Kavanaugh’s testimony suggested that he will bring strong partisan feelings with him when he joins the court (so much so that Kavanaugh felt the need to write an opinion piece expressing regrets about saying “things I should not have said”). We can expect Roberts to fight that perception. He undoubtedly would prefer to tie his legacy to efforts in making the court appear above politics, not to presiding over the most partisan court in the nation’s history.

For that reason, Roberts might try to guide the court’s agenda away from abortion, campaign finance and other cases where the risk of partisan division is great. Through his presiding role in the court’s conferences and his assignment of court opinions, he might redouble his efforts to find compromises that avoid party-line votes in cases. And to the same end, he may consciously soften his own positions on some issues.

None of this means that Roberts will become a judicial moderate, let alone a liberal. He will continue his efforts to move judicial doctrine to the right on issues that he cares about. The appointment of a strong conservative to the court will enhance his success in those efforts and will have a substantial impact on the court’s decisions. But because Roberts takes his responsibilities as chief justice so seriously, the accession of Kavanaugh might not affect the court’s policies as much as many observers expect.

Baum is an emeritus professor of political science at Ohio State University. Devins is a professor of law at William & Mary.

Talk Back: What online readers say about …