Talk Back: What online readers say about … 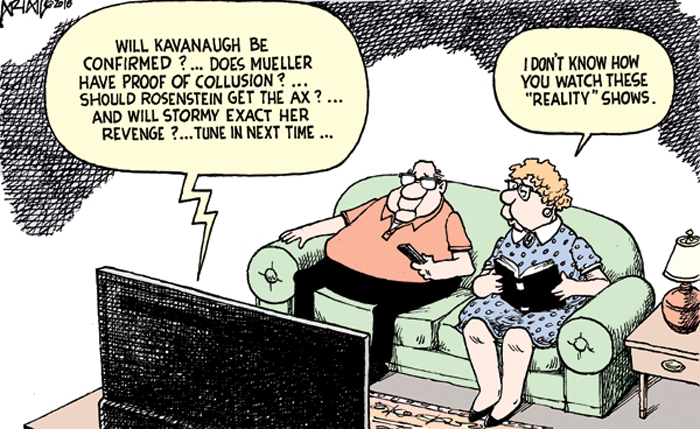 So very sad. How does one get methanol poisoning? How can it be avoided? — Billie Kline

People are at risk when they unknowingly drink improperly brewed bootleg liquor or counterfeit alcohol, which can be poured into bottles and disguised as imports. Methanol is meant to burn off naturally when alcohol is being distilled, but shortcuts by bootleggers can leave it present in the final product. Methanol is also sometimes illegally added to spirits to cut costs, and unscrupulous retailers may sell bootleg liquor to save money. Regulations and laws are lacking or not enforced. Governments may try to hide or deny the problem, for fear of losing tourists. Drink bottled beer or bring your own liquor to places like Indonesia, Vietnam, Thailand, Bali, Malaysia and Mexico. Our hearts are breaking for the Turney family. Our tears are full of sorrow and anger. The work is beginning. More information here: http://liamcharity.com — Emily Ford

It is incorrect to suggest that Rowan County is a poor county that “is only getting poorer.”  Over the past five years, (2013-2017), total employment and wages, as well as average weekly wages and total taxable wages, have increased significantly.

Here are the actual numbers:

The average weekly wage from the latest data available (first quarter, 2018) is $852.94, or $21.32 per hour. Rowan County has the 12th-highest average weekly wage among North Carolina’s 100 counties and trails only Iredell and Mecklenburg in the Charlotte metro region.  (Source: The Quarterly Census of Employment and Wages (QCEW), U.S. Bureau of Labor Statistics.) — Rowan EDC

One can also ask the following additional questions:

• Will you balance the federal budget at the expense of Social Security, Medicare, and Medicaid?

• Will you support universal health care such as Medicare for all?

• How can we reduce the funding needed to service the national debt?

• What should we do to reduce the national debt?

• Would you support privatizing the veterans’ hospitals?

• Will you support legislation that will regulate the prices pharmaceutical companies charge for medicine?

• Are you committed to having annual Social Security cost-of-living adjustments keep up with inflation?

• Would you raise the age for full Social Security retirement benefits?

• Would you raise the Social Security cap on payroll taxes beyond the current $128,400? — Reginald Brown

Judge Kavanaugh displaying anger toward these lying swamp creatures doesn’t raise any questions at all. It only shows that he, like anyone else, is angered when smeared and his family dragged through the muck and mire. — Ron Scruggs

There is also every indication that Kavanaugh committed perjury multiple times during his testimony. Personally, I’d rather not have a potential Supreme Court justice commit several felonies while being confirmed. — Chris Coleman

Did something happen to her? It’s very possible. Did Kavanaugh do it? Highly improbable. As to his demeanor, he is being dragged through the mud with no evidence to support such a claim; his family is being humiliated. How should he defend himself? — James Bostwick

What I saw of Kavanaugh on Thursday was a man avoiding answers by acting irrational and throwing shade on the person asking him questions. I feel any innocent man would not have gone into a rant the way he behaved. In my experience, an innocent person doesn’t behave the way Kavanaugh behaved. He reminded me of a child who has had his hand caught in the candy jar while trying to convince his parents he didn’t eat the candy.  On the other hand, Lindsey Graham’s behavior during the hearing and on “ABC This Week” was just as despicable as Kavanagh’s behavior. He presented himself more like a little ranting child than a representative of the people of South Carolina. I would be embarrassed if he were representing me. — Cheryl D. Kent

Thank you for sharing this important information with voters. We need judges who will respect the N.C. Constitution, not rewrite it. Voters can only choose wisely when they are informed. — Susan Agner

Last time I checked, a person was allowed by law to change voter registration within the guidelines. The GOP is trying to make sure that citizens have no rights to select judges. That is unconstitutional. — George W. Benson

No one said you are not allowed to switch party affiliation. There are also no rules prohibiting voicing your opinion, like my son did in this letter to the editor. The First Amendment allows him the right to say what he wants about this political race. So, with that said, who is being unconstitutional here? The one who voices his opinion on a political matter or the one who tries to suppress it? — Angelena Spillman

… So far, scheme to transform judicial branch has failed

I am so sorry to hear about your loss. He touched a lot of people’s hearts with that smile and his humor. He will be truly missed. I have the family in my prayers. #justiceforjustin — Tanetra McCombs

Sending prayers up for your family. My heart is truly saddened to hear such a beautiful person isn’t with us anymore. RIP, Justin; you will be greatly missed, my friend! — Bonnie Mekhaeil

What a great way to start a school day. Marvin Moore is a teacher, leader, mentor, coach and cheerleader all rolled into one. — Ron Turbyfill

Congratulations on the success you are having painting those beautiful barn quilts. I sure admire them. — Linda Campbell