We must treat mental health, bodily health the same 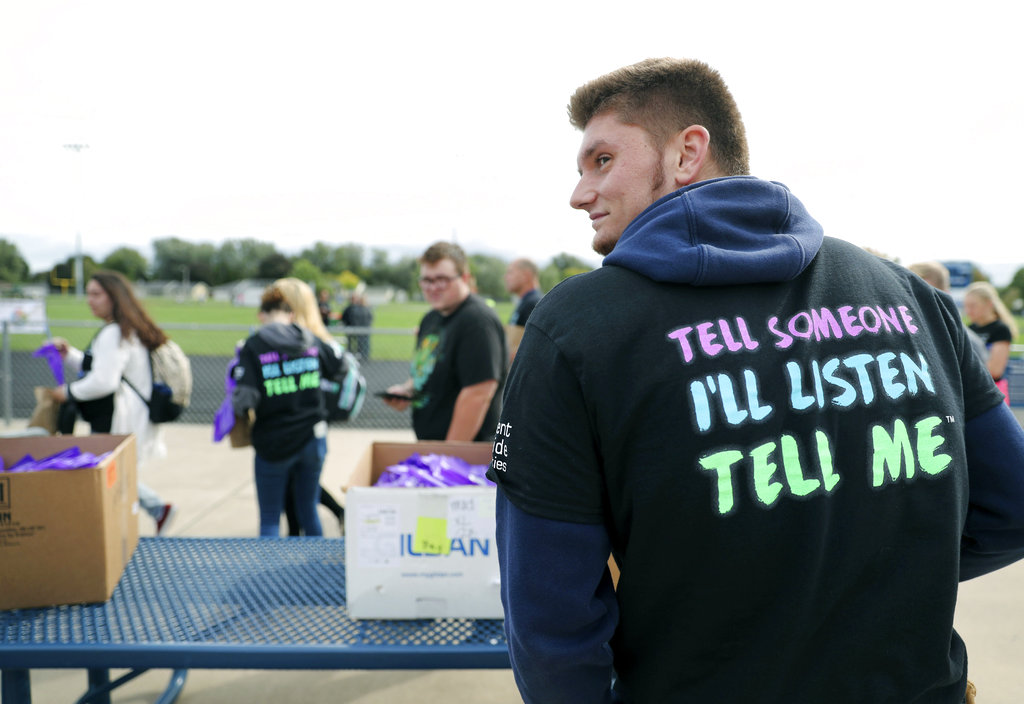 Almost 10 years have passed since Congress required that insurers offering mental-health services for illnesses of the brain, such as depression or addiction, do so no more restrictively than illnesses of the body, such as diabetes or cancer. And yet most insurers today still do not comply with the law.

Mental-health parity is more important now than ever before, considering the rising numbers of overdoses and suicides nationwide. But state and federal investigations have shown that mental-health and addiction treatment are frequently far more onerous to manage.

This has become an issue of human rights. Too often, people seeking these treatments are denied coverage or don’t receive enough treatment because of insurers’ overly aggressive managed-care techniques and subsequently die from overdoses or suicides. In other cases, families — desperate help their loved ones — take out second mortgages, deplete retirement accounts and drain college funds to pay for treatment.

To disrupt this vicious cycle, we must confront the reality that our current system of insurance-based health care oppresses those with mental-health and substance-use disorders.

It should come as no surprise that the ordinary consumer has no idea what to do when coverage is denied. Most don’t even know when a parity violation has occurred. That’s because health-insurance companies rarely provide specific information regarding details of a denial, which makes it difficult for consumers to file an appeal and alert regulators. In other cases, “medical necessity” review criteria are disclosed but incorrectly applied. Confused patients and their providers are unable to challenge denials in a meaningful way — unaware of the resources available for help.

In no other health-care situation would this be acceptable. People with mental-health and addiction challenges deserve equal access to care. We must bring transparency to a system that counts on silence and confusion to save money.

It took many years for the federal government to develop regulations to implement mental-health parity as mandated by Congress, and there are still gray areas on which many in the health-care industry disagree. The lack of guidelines and inconsistencies in compliance programs have contributed to poor enforcement efforts.

But there is hope. Federal and state regulators continue to issue more regulatory guidance, and representatives from the insurance industry, health-care providers and consumers are helping to develop the first set of comprehensive mental-health parity accreditation standards to be released this fall. Meanwhile, states are developing their own solutions to increase access to mental-health and addiction treatment.

Some people decry the cost to achieve mental-health parity. But, ironically, neglecting to enforce the law is actually costing the federal and state governments billions of dollars. Patients who are depleted of resources often turn to Medicaid or other government-funded programs. Lack of coverage also leads to more people being incarcerated, which carries an exorbitant price tag for taxpayers. The Centers for Disease Control estimate that the total economic burden of prescription opioid misuse in the United States is $78.5 billion a year.

And yes, while any insurance mandate is likely to increase insurance premiums in the short term, we must consider the bigger picture. Costs for mental-health and substance-use disorder treatment are much higher once a condition or disease worsens. The ability to proactively address mental health and addiction would help to alleviate this and improve clinical outcomes.

It is easy to forget, amid the complexities of our system, that real human lives are at stake here. Parents should not have to face financial ruin to save their children’s lives, especially after paying into an insurance plan for years. Sadly, this is happening across the nation.

Attitudes toward mental health and addiction are finally changing. Stigma and discrimination are no longer acceptable. Our system must catch up.

Carter, former first lady of the United States, is an advocate for mental-health care through the Carter Center. Kennedy, former U.S. representative, D-R.I., is the founder of the Kennedy Forum and author of “A Common Struggle: A Personal Journey Through the Past and Future of Mental Illness and Addiction.”