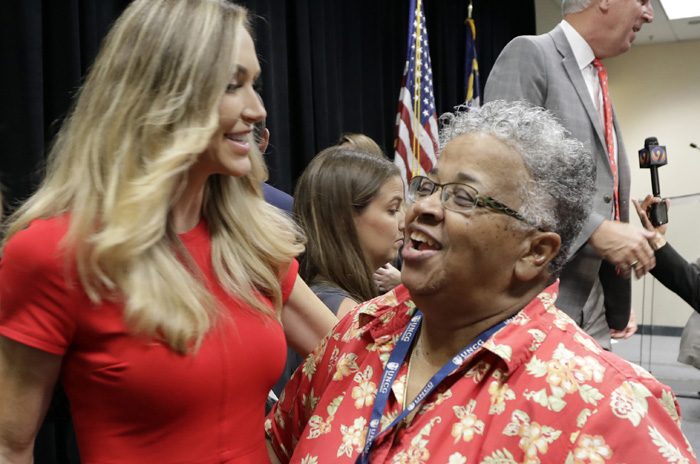 CHARLOTTE — The Republican National Convention will be held in Charlotte in August 2020, and party leaders said Monday they’ll gather with an eye on nominating President Donald Trump for a second term.

Party Chairwoman Ronna McDaniel announced at a news conference that the convention will be held Aug. 24-27.

Mayor Vi Lyles said Charlotte has a chance to show it can host both major political parties. Charlotte hosted the Democratic National Convention in 2012.

“We are actually very excited about the opportunity,” Lyles said. “People say why. One, we are a democratic nation, and so it just gets to be an opportunity for Charlotte to brag about being one of the cities to host both the Republican and Democratic conventions. That puts us on the map.”

Lyles also noted that the convention will provide a cultural experience for the city’s schoolchildren to see the political process in their midst.

The Charlotte City Council voted 6-5 in July to approve a bid to host the Republican convention. Charlotte had been considered a front-runner, although published reports said several cities thought to be up for the convention didn’t actually submit bids.

Moments after the vote was taken, Lyles issued a plea for unity. But a host of people who spoke at the meeting that led to the vote made it clear they don’t want the convention in the city. Many of them cited Trump’s statements denigrating minorities, Muslims, women and gay people. There’s also the issue of factions who support and oppose Trump clashing in Charlotte.

“The door is wide open. Glad to listen. Listening is a great healing power,” North Carolina GOP Chairman Robin Hayes said.
“But I would greatly discourage anybody who has even the slightest notion of coming in simply to cause trouble, simply to be a disruption and to call attention to themselves and their cause, as opposed to the benefit of the city, the county, the state and the nation. They need to stay away.”

Toni Anne Dashiell, national GOP committeewoman for Texas and chairwoman of the party’s committee on arrangements, said previous experiences have shown her that host cities are welcoming despite the political scene.

The 2020 Democratic National Convention is scheduled for July 13-16 in a city to be determined. Published reports say eight cities are in the running, including Atlanta, Miami Beach, Milwaukee and Houston. Both conventions were scheduled to avoid coinciding with the Summer Olympic games.