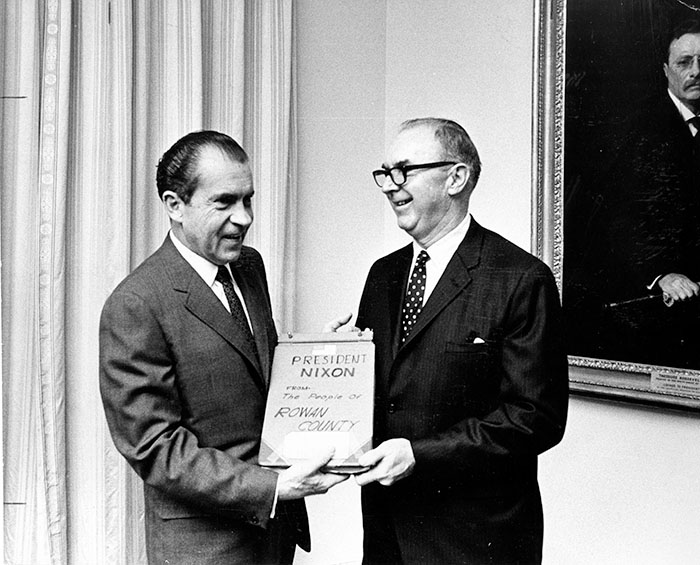 This photograph was tucked away in the Salisbury Post files related to the late Congressman Earl Ruth. It’s an official White House photograph dated Dec. 9, 1969. that’s Ruth on the right, and the man on the left, of course, is President Richard M. Nixon. Ruth is presenting the president with what seems to be a gift ‘From the People of Rowan County.’ Ruth was just finishing up his first year in the U.S. House when this picture was taken. The well-known local Republican would stay in Congress until losing his 1974 election to Democrat Bill Hefner. That was the same year Nixon resigned from the repercussions of Watergate. President Gerald Ford later appointed Ruth as governor to American Samoa. Before he was a congressman, Ruth served several terms on Salisbury City Council. He was a standout basketball player at the University of North Carolina in the late 1930s and went on to be a basketball and baseball coach at Catawba College. He died in August 1989 at age 73. A portion of U.S. 601 is named the Congressman Earl Ruth Highway.