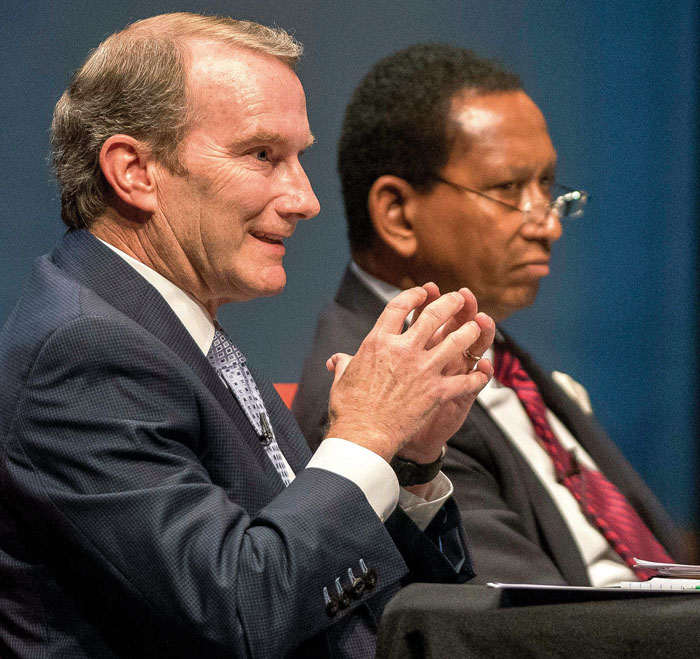 1. Willie Earl Williams, 33, who is charged with two counts of murder in the Aug. 3 shooting deaths of Sabrina Annette Curzi and Darryl Allen Wright, had eluded authorities until his arrest this past week in what N.C. county?
A. Brunswick
B. Pitt
C. Alleghany
D. Scotland

2. Kevin Chapman, who operates a NASCAR-themed limousine service, has been renovating a house on East 14th Street as transitional housing for whom?
A. Military veterans
B. Women coping with mental illnesses
C. Men trying to return to society from opioid dependency
D. Families who lost their homes to flooding in eastern N.C.

3. About 200 people have signed up for the city’s Remedial Action Program. What is the purpose of this voluntary program?
A. To take city-based school kids who are struggling with reading and match them with adult tutors
B. To offer counseling, job opportunities and housing to convicted felons on parole
C. To help landlords better understand criminal activity that may be happening on their properties and ways to combat it
D. To clear many of the obstacles, find a reasonable price and sell vacant houses to new owners who sign a contract promising the properties will be restored and ready for occupancy within a year

4. Malik Ford of Salisbury won $200,000 on a Carolina Panthers scratch-off ticket in the N.C. Education Lottery. Where did he buy the ticket?
A. Ruscho at Jake Alexander Boulevard and Mooresville Highway
B. Gas, Gobble & Go in Granite Quarry
C. Kangaroo station on Statesville Boulevard
D. Speedway on East Innes Street

7. Rowan-Salisbury Schools will retire debt in 2021, which will free up an estimated $60 million. What’s the big-ticket capital item the school district will consider once those funds are available?
A. A new or renovated Corriher-Lipe Middle School
B. A new eastern Rowan elementary school to merge Rockwell and Granite Quarry schools
C. A new or renovated Knox Middle School
D. A new school bus garage

8. The N.C. Institute of Political Leadership hosted its first Hometown Debate on Tuesday at the Meroney Theater. What issue did the visiting debaters focus on?
A. Term limits for state legislators
B. A proposal to do away with state-supported universities
C. Redirecting lottery proceeds from education to highways
D. A proposed constitutional amendment to change the way judicial vacancies are filled