Fundraiser at Morgan Ridge to raise awareness for S.O.A.R. 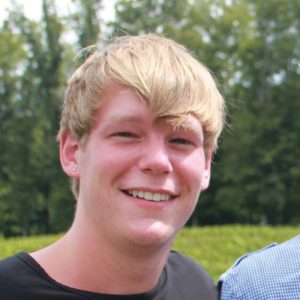 Scott Denker loved working at Morgan Ridge Vineyard, but even more so, he loved working with the participants of the S.O.A.R. program.

Sponsored by Rowan-Cabarrus Community College, S.O.A.R. helps adults with intellectual disabilities become more independent by acquiring basic literacy and life skills. A group from S.O.A.R. visits Morgan Ridge weekly, and working with the group was a highlight for Scott, according to Kim Love, Morgan Ridge’s manager.

The vineyard, 486 John Morgan Road in Gold Hill, is hosting a concert Oct. 6 from 6 to 9 p.m. to raise money for the Scott Denker Foundation. Those funds will go to support S.O.A.R. programming. (The name stands for Skills, Opportunity, Awareness, and Readiness.)

The Randy Clay Band will perform. Based in Troy, the four-man variety and party band provides “quality, worry-free musical entertainment, whatever your occasion,” according to its facebook page. 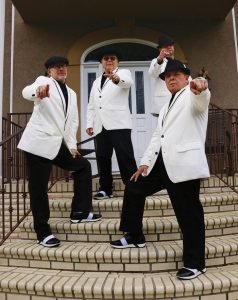 VIP tickets at $15 include a seat at the table at the Pavilion. Other tickets are $100 for a VIP table of 8, or $10 for lawn tickets (please bring your own chair). A food tent is available. Additionally, a portion of ticket proceeds will be donated to S.O.A.R., plus 10 percent of beer and wine sales from the pavilion during the concert. The band is also donating to the cause, Love says.

“Scott was just a wonderful employee here at Morgan Ridge,” Love says. “This was one of his happy places. We wanted to do something special to keep his memory alive.”

Scott always looked forward to the S.O.A.R. visits, according to his mom, Lynn Denker. She and her husband, John, established the Scott Denker Foundation after their son took his own life on his 23rd birthday over Mother’s Day weekend in 2017.

Scott struggled with mental illness and learning disabilities for a number of years, his mom says. “Everybody did everything they could, and it still wasn’t enough.”

But, Denker says, her son was able to work part-time at the vineyard, doing maintenance and helping set up for events. “We got to know them and they were just wonderful. Scott told me about the S.O.A.R. group. He loved working with them. Scott never wanted to miss a Thursday when they came, even if he wasn’t scheduled to work. That’s how much he liked it.”

The foundation, therefore, has a two-prong goal: raising money for S.O.A.R., and raising money for Operation Sidekick, which trains pit bulls as service dogs for veterans. The Denkers have already fully funded one dog, a puppy named Scottie who’s in training now.

The Denkers’ middle son, Craig, attended N.C. State University on an ROTC scholarship, Denker says. “Scott had a real place in his heart for the military.”

The Denkers — John is 59 and Lynn is 55 — retired to High Rock Lake a year and a half ago after working for an oil company in the Middle East.

“It’s been so hard for me to get going,” Denker says. “Taking care of Scott became my identity the past five or six years. That’s what I did. So when he died, I thought, ‘What do I do now?’”

She is eager to raise awareness for S.O.A.R.

“This group is doing wonderful things,” she says. “We want to get them out into the community.”

“We are so thrilled the Denkers thought of the College’s SOAR program and the contributions to this program will make a meaningful impact,” says Jay Taylor, executive director of college and career readiness at Rowan-Cabarrus Community College. “The program is such a vital part of our community as we help adults with intellectual disabilities become more independent.”

Denker remembers her son as a big guy — he was 6 foot, 1 inches tall — who “always gave the best hugs.”

“He always smiled and he always had a big hug for you,” she says. “He didn’t want to talk to you about his problems, he wanted to hear about you.”

“He wanted to give to people who didn’t have anything,” her husband adds. “That’s what he wanted.”

If you’d like to make a donation, please send a check to Foundation For The Carolinas, 220 N. Tryon St., Charlotte, NC 28202, with “Scott Denker Memorial Fund — SOAR” in the memo line.