The Tree Board wants you to know about the oak 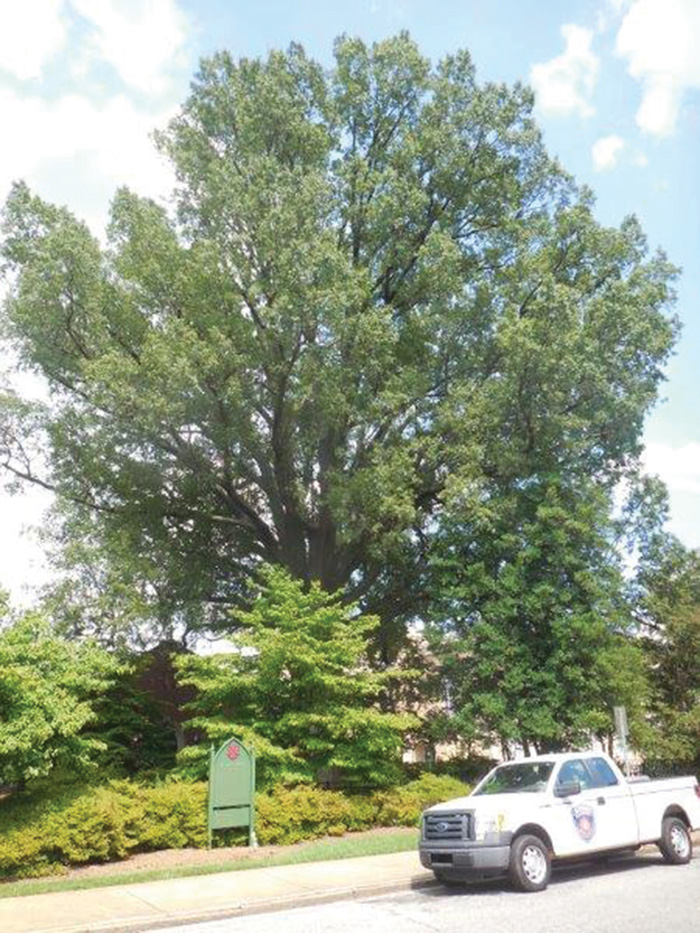 Quercus, commonly known as the oak tree, was named the national tree of the United States in 2004.

There are around 60 species of oaks in the United States, 600 species worldwide and 16 native to North Carolina. Most oak trees are deciduous, meaning they lose their leaves in fall, but the live oak does retain its leaves and is one the longest living oaks. A California live oak called the Pechanga oak is estimated to be 2,000 years old.

Do we have any large old oaks in Salisbury? There is a very large willow oak tree, 86 inches in diameter, in front of St. Luke’s Episcopal Church on 100 W. Council St. It’s at least 100 years old and I believe it could be much older.

Oak trees throughout world history have always been revered for their strength and usefulness to humans and wildlife alike. During the War of 1812, the frigate USS Constitution had so much cannon fire bounce off her sides that it was nicknamed “Old Ironsides.” This was because of live oak beams and white oak planking used in her construction.

England’s Royal Navy once ruled the seas mainly due to their ships made of English oak. Some of the most beautiful and strongest furniture is made of oak. If you have hardwood floors in your home, chances are they are made of oak.

If you drink wine, sherry or whiskey, it was likely aged in charred oak barrels. Oak trees bear acorns; this seed is eaten by squirrels, bear, deer, turkey, pigs and many other wildlife species. Acorns can be toxic in large amounts to domesticated livestock because of tannic acid and yes, humans have and do eat acorn based products. Tannic acid was used to tan leather. I bet you can’t guess what the original Yule log was made of.

I grew up in a farmhouse in Rowan County surrounded by large white oaks and will never forget cool summers under their leaves and raking up those leaves to burn in the fall. The story goes that Robin Hood and his merry men camped under large English oaks, some of which still exist today.

If you get a chance, visit your favorite oak tree today and enjoy.