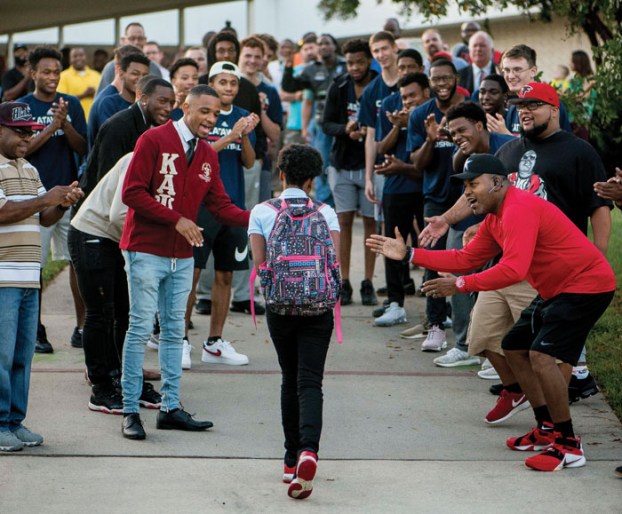 A selection of quotes from Post stories over the past week:

“If you don’t work with them now, you will have to deal with them later.”

— Marvin Moore, principal of Isenberg Middle School, encouraging fathers and other men to get involved with their children and other students during the Million Father March on Wednesday

— Sarah Horne, 21, a political science major at Catawba College, on why she and many of her peers are choosing to register as unaffiliated voters and avoid party labels

“I just try to follow the blocks, make that first guy miss, and keep my legs moving. I try to be tough
to tackle.”

— Demonte Good, running back for the Catawba College football team, who has logged 32 carries for 135 yards and a touchdown in an impressive start to the season

“So I’m just going to let you know, maintenance guys see a lot.”

“It’s like your budget. When you can’t afford it anymore, you’ve got to decide what to stop doing.”

— Richard Miller, a member of the Rowan-Salisbury Board of Education, arguing that the district needs to confront the issues of aging buildings and declining enrollment to make difficult decisions about consolidation and other solutions

“They’re so used to getting beat. This is a new season.”

— Alan Puglia, the first-year soccer coach at West Rowan High School whose team kicked
off its conference season with a 5-2 win over East Rowan on Monday after losing nine nonconference matches

“I’m the happiest guy on this side of the Mississippi.”

You have to give Dr. Richard Miller credit. As a member of the Rowan-Salisbury Board of Education, he doesn’t back... read more