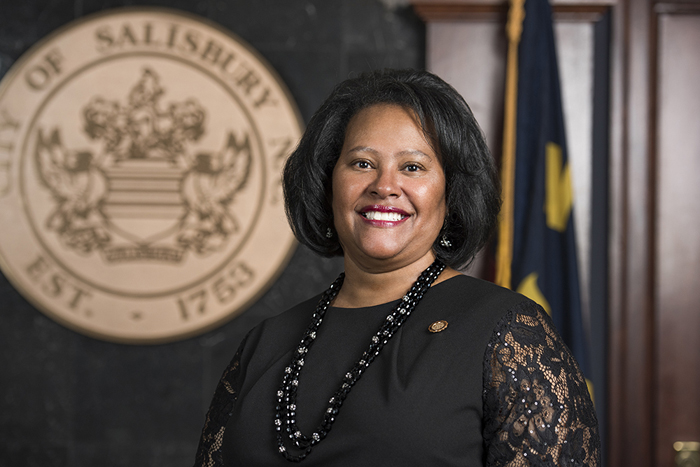 “It was very informative,” Heggins said. “I was really appreciative of the experience.”

She said when Vice President Mike Pence introduced his wife, it was a surreal experience for her.

Heggins said the most valuable part of the conference was talking to the mayor of Florence, Arizona, which had battled a high crime rate but is now considered one of the safest cities in the state.

“The one thing I really want to jump on is how our city can be the safest city in the state,” Heggins said.

Heggins talked with a mayor in Idaho about ways to implement equity and diversity in city leadership positions.

Heggins said she made contacts within the White House Office of Intergovernmental Affairs.

“It’s cool to network and look at the same challenges, look at how to solve them and the best practices to implement it,” she said.

She told other mayors about successes Salisbury has had in community engagement. She said they were interested in how leaders talk to the public when redefining the city’s vision and mission statement.

After she and other City Council members attend conferences, they discuss what they learned and how to use the information to improve the city, Heggins said.

“It takes the whole council,” she said.