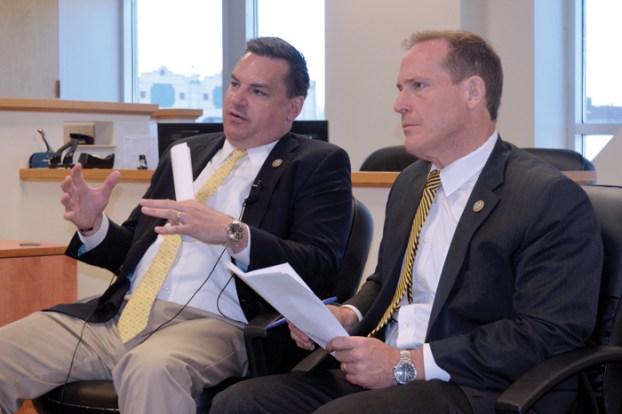 We live in an extraordinary time in the United States, when the most pressing issue is not taxes or foreign policy or immigration, but whether our democracy survives. I encourage voters, interviewers, debate moderators and opponents to make incumbents and challengers for Congress lay out their policy views. More important, however, is to gauge their judgment on issues that go to the heart of our fraying democratic institutions and basic values:

What will you do if President Donald Trump fires the special counsel?

Did Russia interfere with our 2016 presidential election with the intention of aiding Trump/hurting Hillary Clinton?

Should the Senate Judiciary Committee insist on an independent investigation when a credible allegation is raised against a Supreme Court nominee?

Can a president commit obstruction of justice?

Is concealing payment(s) to former sexual partners, in violation of election laws, within the definition of “high crimes and misdemeanors”? Is firing officials who are investigating you?

What about promising a pardon to a witness so he won’t testify?

Would you accept an offer of campaign help from a hostile foreign power?

Will you support a law requiring presidents to release their tax returns?

Are you concerned about conflicts of interest and/or receipt of foreign emoluments in the executive branch?

Are there “some fine people” who are neo-Nazis? If you didn’t speak up to condemn the president’s remarks after Charlottesville, Virginia, why not?

Is the media the “enemy of the people”? Have you publicly objected when Trump has used that term?

Did 3 million to 5 million people vote illegally in 2016? If not, what is the danger in saying so, and why did you not repudiate the president’s allegation?

If multiple, credible sources alleged that the president is mentally unstable and/or incapable of processing information, what do you do?

These are not policy questions per se, nor should they be viewed as partisan. That they are the least bit controversial or that Republicans would find it hard to balance support for Trump with the need to appear sane and pro-democratic (small “d”) tells you a lot about where the Republican Party is now. It also should underscore the danger in keeping both houses in GOP control.

Republicans running in 2018 must convince voters that they will not be rubber stamps for Trump. That’s tough for incumbents, since so few Republicans have avoided those pitfalls since January 2017.

Jennifer Rubin writes from a center-right perspective for The Washington Post.

RALEIGH — If North Carolina Republicans are to maintain solid control of both chamber of the General Assembly, they can’t... read more