Other Voices: The end of the Beetle era, again 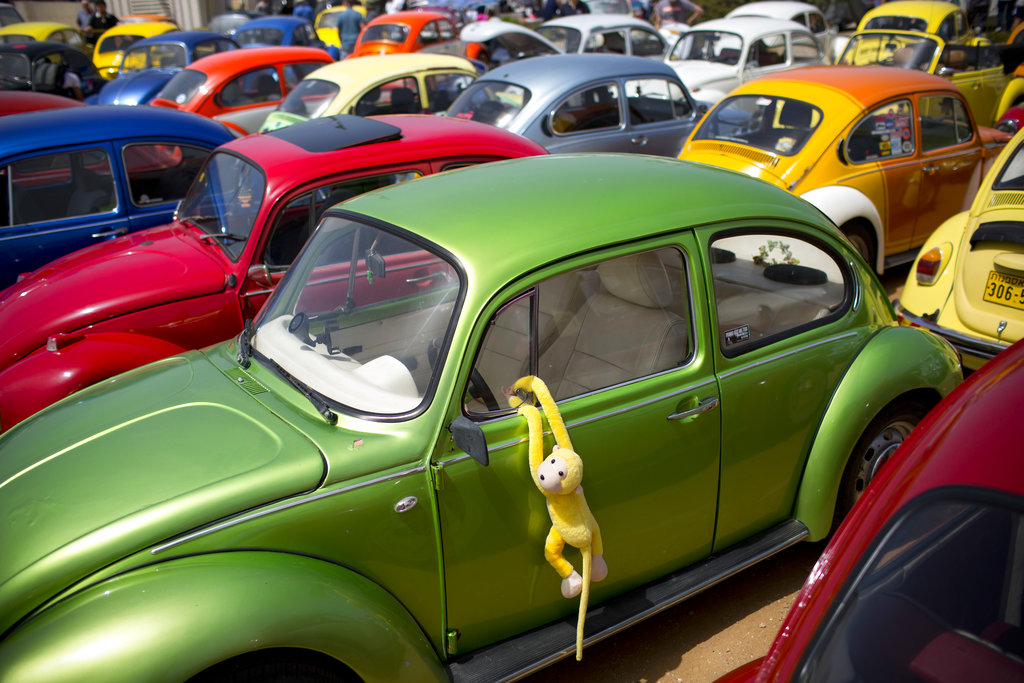 Volkswagen Beetles are displayed during the annual gathering of the "Beetle club" in Yakum, Israel. AP photo

There has been a terrible death in the family for baby boomers: The beloved Volkswagen Beetle.

Volkswagen has announced it will quit making the Beetle next year, shutting down production of a car that debuted in 1930s Nazi Germany but became a counterculture icon for America’s hippie generation.

At one point, Beetles sold in the hundreds of thousands every year. That was back in the ‘60s and ‘70s, when VW “Bugs” putt-putted down streets everywhere, in powder blue and vivid orange, candy-apple red and taxicab yellow, even a few in white. The rear-mounted engine gave you just a little more horsepower than a lawnmower, or so it seemed.

That engine had to heat the car in winter, too, and it did, though often not until you got to where you were going.

Some early models had a flower vase, typically mounted on the dashboard as the perfect flower child accessory. Volkswagen offered the vase as a dealer option when it redesigned the Beetle in the 1990s.

In 1968 — a turbulent year when Martin Luther King Jr. and Robert F. Kennedy were assassinated and chaos broke out during the 1968 Democratic Convention — the movie “The Love Bug” featured a Beetle racing car named Herbie. Sales peaked at 423,000 Beetles that year.

Owners of classic Beetles, take note: Models in mint condition are selling for up to $75,000 now, so hold on to them. Once the Beetle is gone for good, who knows what price wealthy, nostalgic boomers might pay?

Volkswagen President and CEO Hinrich J. Woebcken, however, seemed to leave room for a change of heart: Could the Beetle, once again, come back?