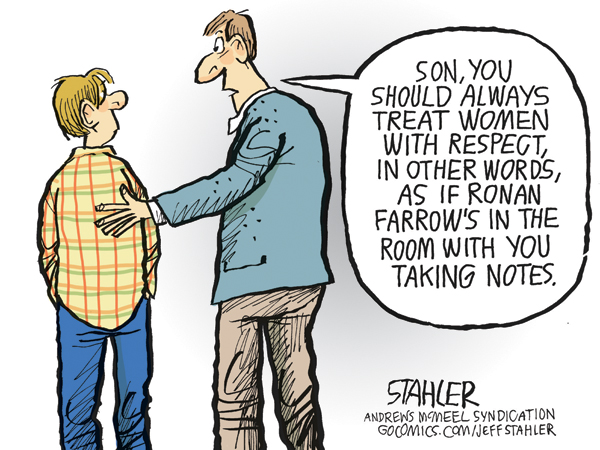 In the spring of 1982 — about the time then-15-year-old Christine Blasey Ford claims that Brett Kavanaugh fondled her inebriated body at some supposed party — I was driving (transferred) to Alaska. It was one of the most exciting things I had ever done.

Here, 36 yeas later, I remember very little about that trip, and — unlike Ford — I wasn’t drunk. Little wonder she can’t remember when, where and other critical details that “ maybe happened.” Yet she wants to destroy a very good man’s — and his family’s —  life over this.

We have already caught her in lies. Any one believing she didn’t want her identity revealed, or that she’s not looking ahead towards possible political aspirations, a book deal and possibly a movie, is mistaken. Time will prove me dead on-the-money with that assumption.

Without the Supreme Court in the balance, no one would have the foggiest who Blasey Ford is.

She’s a lifelong liberal, and the legal team she’s employed reads like a who’s who of loony left liberal activists. Now she’s brought Andrew McCabe’s lawyer into her battery.

One undeniable fact is that people who sexually assault others, without fail, display a pattern — usually, lifelong — with these crimes. Only the left could possibly overlook this fact. Is Blasey Ford a pathological liar, or has she just been dumped on her head one too many times while riding her unicorn into those smoggy California sunsets?

Satan never sleeps. In reading my Bible, hypocrisy was the No. 1 sin Jesus preached against. The way I read it, hating Kavanaugh and what he stands for will not necessarily condemn people in judgment. “Why that hatred exist “can.”