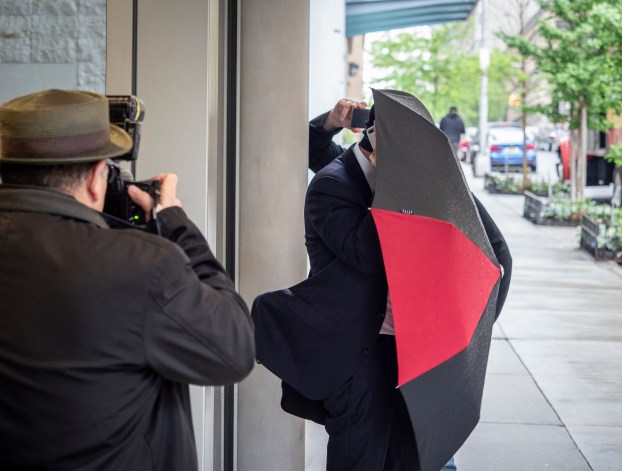 Lawyer Aaron Schlossberg, the man who ranted against the people speaking Spanish in a Midtown restaurant, leaves his home in Manhattan, New York, on May 17, 2018. Tribune News photo 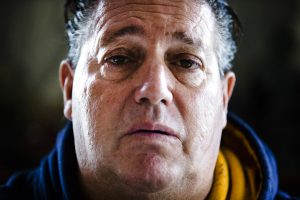 Anthony Torres says he was the rider caught shaving on a New Jersey Transit train in a video that went viral. Torres said he was just trying to clean up after days spent in a homeless shelter. (AP Photo/Matt Rourke)

“Judge not, and ye shall not be judged.” Jesus preaches that in the book of Luke.

He never had, in other words, one of the social media platforms on which millions of us routinely judge other people every day. It’s a habit we might do well to reconsider.

Not that anybody should feel remorse over the online humiliation administered to someone like Aaron Schlossberg, captured on video berating people at a New York City cafe for speaking Spanish. And the social media beatdown Jeffrey Whitman took after following another driver to his home in Columbus, Ohio, to yell racial slurs should make no one’s eyes sting with sympathy tears.

But what about Geoffrey Owens, the former “Cosby Show” actor who was infamously job-shamed for working at Trader Joe’s?

And what about Anthony Torres?

He was video recorded by another passenger a little over a week ago, shaving his face on a New Jersey Transit train as it pulled out of New York City. At one point he even flicked shaving cream to the floor. The clip was posted to Twitter — it has since been removed — where it racked up over 2 million views. The reaction was, not surprisingly, swift and brutal.

Torres was called “disgusting,” a “dumb drunk,” a “slob,” — and an “animal.” Then the Associated Press found him and got his side of the story.

“My life is all screwed up,” Torres told the AP. “That’s the reason I was shaving on the train.”

Torres, it turned out, came to that moment from a lifetime of hard knocks: peripatetic years of chasing work from state to state, sometimes sleeping in motels and bus stations, two strokes since 2016. That day, he was fresh from a homeless shelter. One of his brothers had bought him a ticket so he could go to another brother in South Jersey. Torres, 56, was shaving because he didn’t want to look like what he’s been through.

As to why he didn’t do the obvious — shave in the restroom — Torres’ brother Thomas told the AP that even as a child, Anthony lacked the ability to conceive the consequences of his actions. “When he did what he did, that, to him, was normal.”

After all this came out, the response was what you’d expect: lots of recrimination and a GoFundMe account that, as of Thursday afternoon, had raised $37,000.

In the process, it leaveth an observer ruminating on the hazards of an era of digital lynch mobs wherein one can carp and fault-find without ever leaving the comfort of one’s couch. Problem is, there is something about viewing other people on screens — viewing them at a remove — that tends to objectify them, make them not quite real. And there is something about the anonymity of social media that does not encourage us to be our best and most compassionate selves.

That can be a toxic combination, as Owens and Torres would surely attest. It’s given us a culture of instant, online opprobrium that falls on both the evil and the unlucky with indiscriminate force. Social media empower us to shame the shameful, but they also allow us to victimize the vulnerable. What does it say about us when we can’t — or won’t — tell the difference? What does it say about what we’ve become?

Someone called Torres an “animal.” But he’s no animal. He’s just a guy whose life hasn’t worked out, just someone’s brother who was trying to get home.

And you can’t deny someone else’s humanity without losing a little of your own.

Approximately 60,000 people died from non-methadone opioid overdoses in the United States last year, according to preliminary data from... read more