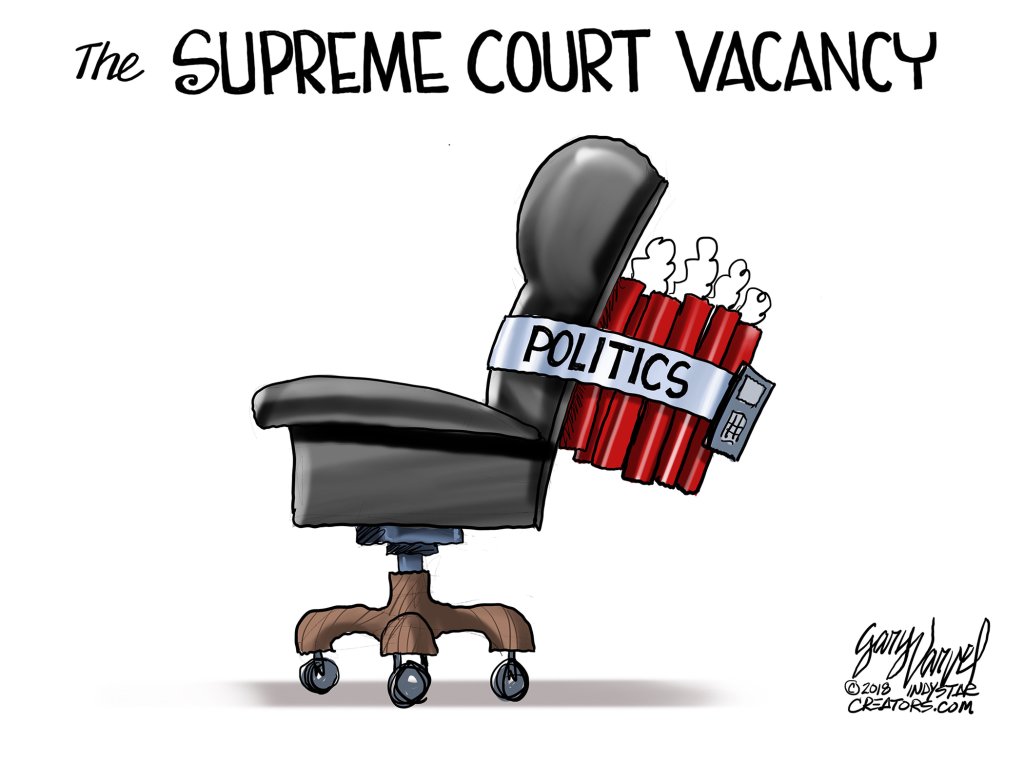 Where is James Baker when we need him?

The political maneuvering required to get Judge Brett Kavanaugh confirmed to the Supreme Court is probably the most important and consequential since the Florida recount in 2000, so deftly navigated by the old Republican hand Baker on behalf of George W. Bush.

The latest turn of events surrounding Kavanaugh’s nomination has put both Republicans and Democrats in an awkward position. I tip my hat to the Democrats for how they have played a lousy hand. Prior to the predictable but late hit delivered via Sen. Dianne Feinstein, D-Calif., Kavanaugh was on his way to being confirmed with the likely support of a few vulnerable Democrats from states that President Donald Trump carried in 2016. But the uncertain circumstances surrounding Professor Christine Blasey Ford’s allegation has upended all that. So, here we are.

The Kavanaugh confirmation vote could make the difference in determining who will control the Senate after the November elections. And it might be that red-state Democrats find themselves in a lose-lose situation. A vote for Kavanaugh would have been an easy way for Democrats such as Sens. Joe Donnelly, D-Ind., Heidi Heitkamp, D-N.D., Joe Manchin , D-W.Va., and Jon Tester, D-Mont., to remind voters back home that they are not intimidated by – or tools of – the angry left. But now it is hard to see how any Democratic senator will get a pass from party leadership.

Depending on what develops around the sexual assault accusation against Kavanaugh and the final dynamics surrounding the vote, any red-state Democrat who votes against Kavanaugh will alienate some voters at home, while any red-state Democrat who votes for him will enrage the core of the party. I can’t think of an incumbent Republican running for reelection who will be damaged by a vote for Kavanaugh, but several Democrats will lose support no matter how they vote.

For the most part, the Democrats’ trap has been deftly sprung. If the information had come out too early, it would have been insufficient to take Kavanaugh down. But the landscape is different in the twilight zone between Kavanaugh’s confirmation hearing and the committee vote. The story is still fluid. Maybe the Democrats’ march to derail Kavanaugh has stalled. Maybe the accuser is reluctant. Or maybe the Democrats are playing a little keep-away, letting their allies in the media build the tempo.

However it turns out, America will have suffered another polarizing, bitter political schism. And at the end of the day, if Kavanaugh is confirmed, we will have a new Supreme Court justice whom most of one party has rejected. If his nomination fails, the other party will feel betrayed and mistreated. It will be the opposite of what we need. The divide in America gets wider. Bad gets worse.

Rogers is a contributor to the PostPartisan blog, a political consultant and a veteran of the Ronald Reagan and George H.W. Bush White Houses and several national campaigns. He is the chairman of the lobbying and communications firm BGR Group, which he founded with former Mississippi governor Haley Barbour in 1991.