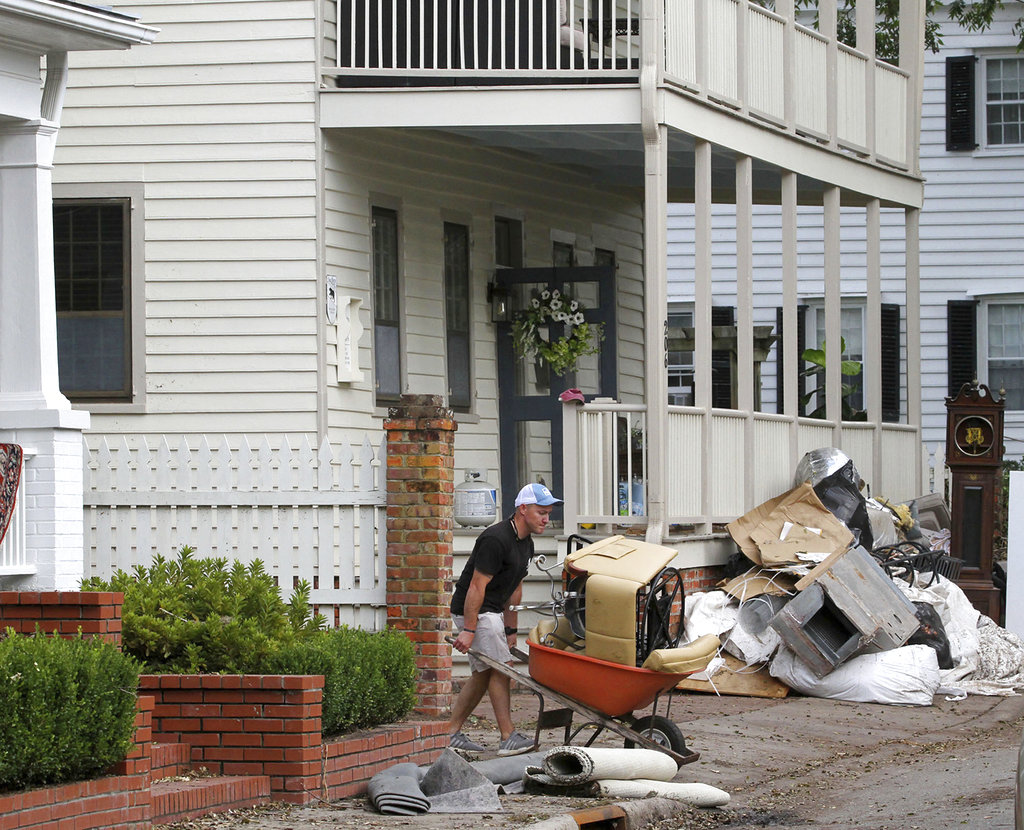 RALEIGH — With so much attention rightfully focused on Hurricane Florence and its terrible aftermath in North Carolina, it’s easy to forget that there’s an election just over a month away.

For a few days at least, politics took a time out. Both political parties used their platforms to post storm safety information. A few candidates announced they’d suspend their campaigns and cancel TV advertising, and even the political shouting matches on social media quieted down.

But while the storm has disrupted the lives of countless people, the election hasn’t been delayed. The campaigns are already ramping back up. Candidates now have less time to get their messages out, and they’ll have to compete with the storm recovery for news coverage and voters’ attention.

“History shows hurricanes alter not just the physical landscape of our state but the political landscape too,” tweeted Jim Blaine, a former top aide to Senate leader Phil Berger and a Republican political strategist.

He’s right. Voter turnout could be lower in the hardest-hit counties, and whoever shows up could determine the power dynamic in the state legislature. It’s hard to quantify the exact effect of past hurricanes on turnout, but data scientist Bill Busa told The News & Observer that counties impacted by Hurricane Matthew in 2016 saw African-American turnout that was 12 percent less than in other counties.

State election officials must do everything they can to make it easy for storm victims to vote. Many people won’t be returning to their homes for months to come, so absentee voting by mail will be an important option. The state elections agency is already sending absentee ballot request forms to dozens of storm shelters.

That’s a good first step, but what about voters who don’t where they’ll be staying next week? It’s hard to fill out the ballot request form if you don’t know what address to write down.

North Carolina’s robust early voting schedule this year should help, but that won’t be an option for voters who end up staying far from their home county. Current rules require you to use only the early voting sites in the county where you’re registered. State leaders should consider allowing voters from affected counties to cast provisional ballots at any site across the state.

That likely creates a logistical hassle, but it would provide flexibility for people who might not be able to return to their home county just to vote.

In addition to the turnout concerns, Hurricane Florence could also shake up the political calculus. Before the storm hit, the conventional wisdom suggested that Republican incumbents could be in for a tough election.

But natural disasters typically give incumbent elected officials an opportunity to show leadership that transcends politics. In Robeson and Columbus counties, state Sen. Danny Britt, R-Robeson, and Rep. Brenden Jones, R-Columbus, have been helping coordinate the relief efforts. They’ve delivered much-needed supplies, and Britt organized a volunteer effort to fill sandbags ahead of the storm.

I’m not suggesting their motives are political — I think their main goal is helping their community through a tough time — but their efforts during the storm will inevitably result in more votes.

Gov. Roy Cooper, who’s been on TV constantly as he coordinates the response effort, also will get a popularity boost. But he’s not on the ballot this year and it will be hard for him to transfer that popularity to Democratic candidates.

By my count, there are at least 10 competitive legislative races in the counties affected by Hurricane Florence. It’s anybody’s guess what will happen on Nov. 6.