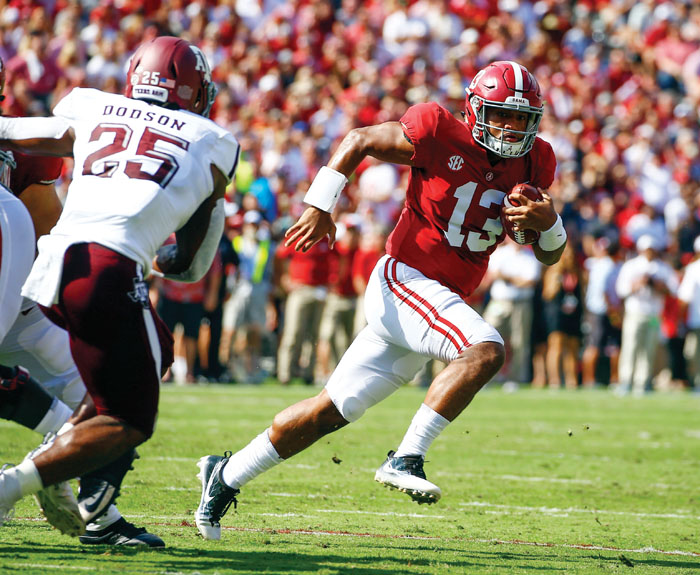 Alabama quarterback Tua Tagovailoa (13) scrambles for a first down against Texas A&M during the first half of an NCAA college football game, Saturday, Sept. 22, 2018, in Tuscaloosa, Ala. (AP Photo/Butch Dill)