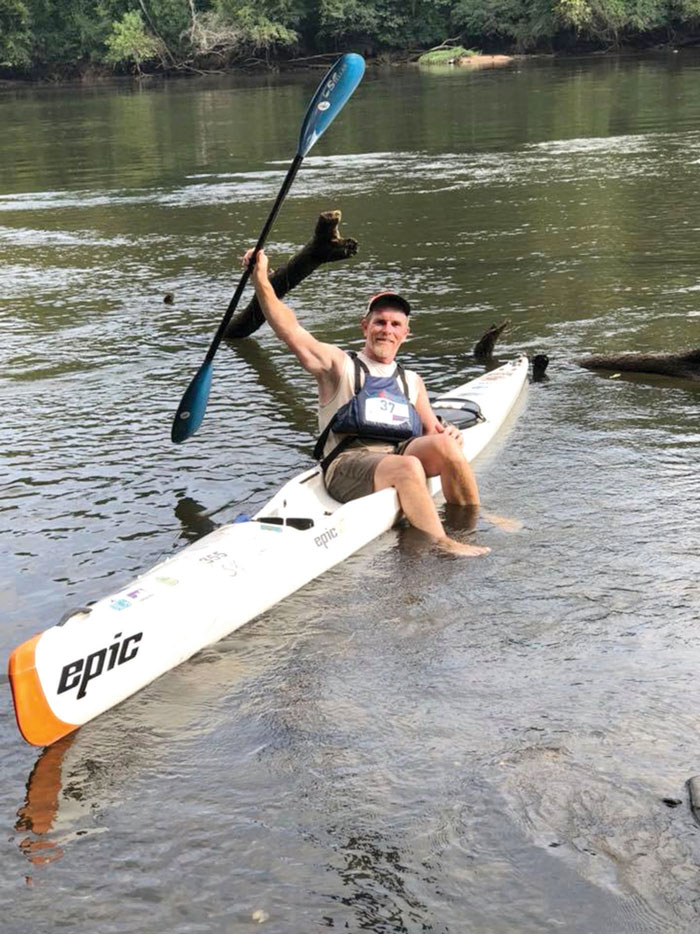 Three Rivers Land Trust, formally The LandTrust for Central North Carolina, has received a $200,000 grant from The Cannon Foundation to go towards the ultimate conservation of 4,700 acres and 76 miles of shoreline along the Yadkin River.

This conservation project is also referred to as the “Save the Yadkin” Campaign. With this gift, the Land Trust has raised over $5.6 million, leaving an additional $2.1 million shy of the $7.7 million goal for phase one (2,300 acres).

The Land Trust is raising funds for the conservation of these lands, but the lands will be owned by the North Carolina Wildlife Resources Commission (WRC) and will stay in the game lands program. The public has had access to these lands for over 30 years for hiking, hunting, fishing and paddling, and if the Land Trust and WRC are successful in raising the funds, this public access will remain in perpetuity.

The lands must be acquired by September 2019, as per the relicensing settlement agreement signed by Alcoa and other parties. If the Land Trust and WRC are successful in acquiring these lands on High Rock Lake, they will have two additional years to purchase an additional 2,400 acres on the eastern shore of the Tuckertown Reservoir.

“Conservation projects don’t get any bigger and the stakes don’t get any higher,” says Executive Director Travis Morehead. “These properties represent 7.5 percent of the game lands available in the Piedmont, with 80 percent of the state’s population within a 100-mile drive of these lands.”

The acquisition of these lands conserves critical habitat, connects conserved areas and wild places, provides access for the public, and helps to sustain the local outdoor recreation, tourism and forestry economies.

To contribute to this conservation project, contact the Land Trust at 704-647-0302 or donate online at www.threeriverslandtrust.org/alcoa-lands-conservation/.

Three Rivers Land Trust hosted the second of three races in the Three Rivers Canoe & Kayak Race Series on the Pee Dee River on Sept. 8. There were 28 attendees who paddled this stretch of river, from the Clark’s Creek Access below Hydro Dam (177 Tillery Dam Road, Mt. Gilead) to the Griffin Road Access at the Pee Dee National Wildlife Refuge (2211 Griffin Road, Wadesboro). This was an approximately 8.5-mile float.

Five waves of groups started the race one after the other. This was a recreational flow release day on the Pee Dee, so the water was moving at approximately 800 cubic feet per second. Most attendees would have liked a little more water, as rocks were still plentiful and a few kayakers and canoeists got caught up on them during the trip.

A special thanks goes out to the Richmond County Chapter of Three Rivers Land Trust who helped make this event a success. This great group of supporters included Mari Bennett, Evonne Swanson, Sarah Ferguson, and Janet Weyant.

The last paddle race of this Three River Canoe & Kayak Race Series will be next March on the Rocky River, date to be determined.