Jeff Bezos may be what democracy needs right now 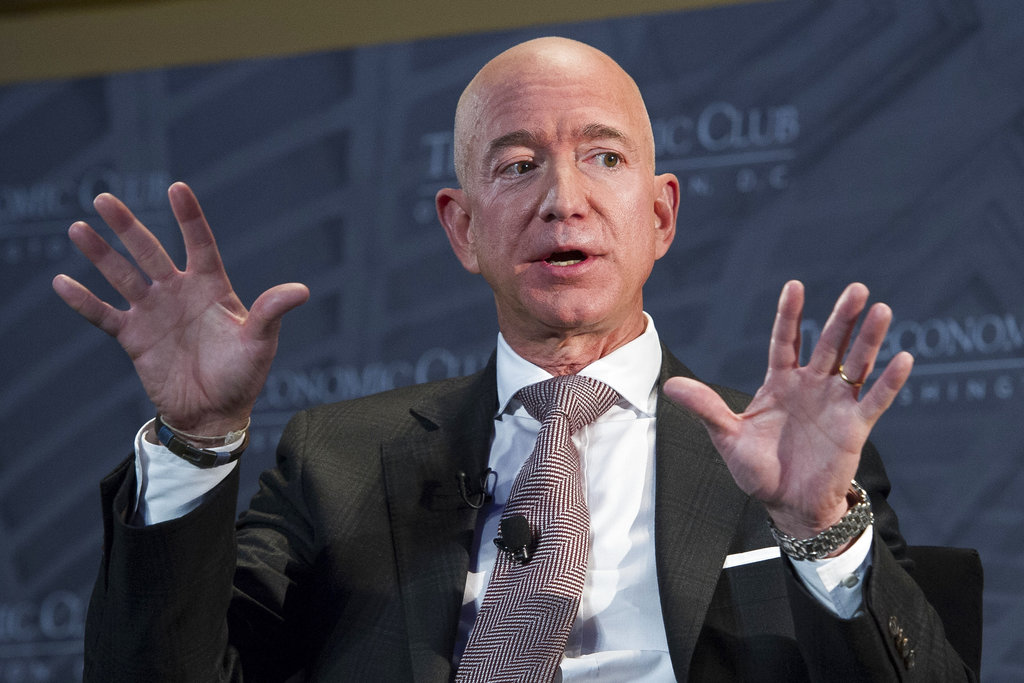 Jeff Bezos, Amazon founder and CEO, speaks at The Economic Club of Washington's Milestone Celebration in Washington on Sept. 13. Bezos said he is giving $2 billion to start the Bezos Day One Fund which will open preschools in low-income neighborhoods and give money to nonprofits that help homeless families. (AP Photo/Cliff Owen)

The response to Jeff Bezos’s announcement of a $2 billion fund to create preschools and help homeless families has been muted if not skeptical. Some critics say that Bezos should give raises to Amazon workers first. Others argue that he should be taxed instead and the revenue put toward education.

I’d like to speak up for private philanthropy, with the caveat that we cannot possibly know yet whether the gift will prove wise.

First, the gift is unlikely to take the form of Bezos dictating terms, even if he is the world’s richest man. Bezos and his team will have to work through many institutions — not just preschools and homeless shelters but other organizations that help them do their work. Even new preschools and homeless shelters, funded entirely by Bezos, will have their own charters, missions, staffs and fiduciary responsibilities.

Any wealthy person who wants to give away money will find that incentives and the nature of decentralization and bureaucracy impose their own set of checks and balances. Real philanthropic influence goes to those who can persuade others to work with them and share their vision.

Rob Reich, a professor of political science at Stanford, argues in his forthcoming book that the philanthropy of the wealthy is not very democratic. But philanthropy operates a lot more like democracy than it might — and in fact, it may be too democratic. Voters, like philanthropists, can wish for a particular set of outcomes, but what they get will be filtered through broadly similar constraints of bureaucracy and decentralized incentives.

Almost everyone favors “better education,” for example, but too often that desire results in a system that makes it hard to fire bad teachers, something few people want. Similarly, many of the educational gifts of the Gates Foundation have not met with huge or immediate success.

When it comes to preschool, many parents do not send their children at all, or they face several options, especially if they live in densely populated areas. For better or worse, Bezos’s preschool initiative will have to bend to marketplace constraints. Bezos himself recognized this when he wrote, with the gift announcement, that “The child will be the customer.” That might sound like Amazon-think, but there is no guarantee that a Bezos-funded preschool will succeed unless it provides a compelling educational experience for both parents and children.

How about replacing philanthropy with higher taxes and more spending from the government, which is at least democratically controlled? Obviously there is room for both democracy and philanthropy in American society. But the elderly vote the most, and democratic expenditures — Social Security, Medicare and the like — are skewed toward the elderly. Philanthropy, including the Bezos initiative with its stated focus on homeless families, is usually more oriented toward the young or future generations.

So I am inclined to call this one for philanthropy. More democracy probably would mean more money for the old and less for the young, to the detriment of America’s longer-run future.

Taxing Jeff Bezos more sounds appealing, but the U.S. does not as a rule levy taxes on individuals — it levies them on incomes. A higher tax rate could be imposed on capital income for very high earners, but that is precisely the capital that is most mobile across borders and thus hardest to tax. And most European nations, more socialist-oriented and statist than the U.S., have for decades been lowering their tax rates on capital income.

Finally, philanthropy is experimental by nature, involving diverse and often competing visions for how to better mankind. It is more flexible than the discretionary spending of the federal government. Like any experimental process, it will involve lots of failure. Nonetheless, there is something sobering about spending one’s own money, no matter how wealthy one may be, and so more private philanthropy might be exactly what democracy needs.

Cowen is a a professor of economics at George Mason University.

Ferrel Guillory: Teachers are at the center of NC…