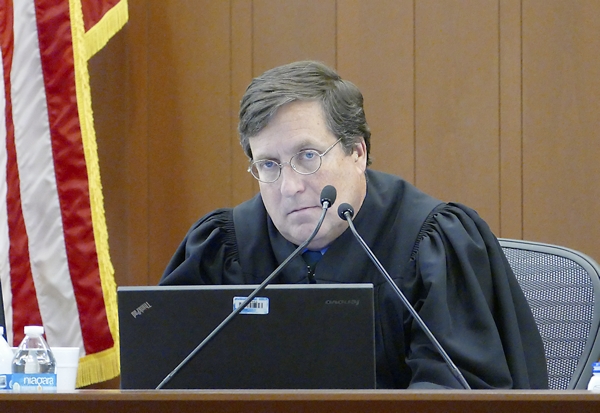 If you want to go into this election season with a better understanding of the issues, take advantage of at least two of the many opportunities coming in the weeks ahead.

One of the most important parts of the ballot in North Carolina this fall will the half dozen proposed amendments to the state constitution. That’s more amendments than state voters have had put before them in a long time, and a majority of people responding to the Post’s online poll say they need more information before they vote.

Fortunately, Salisbury is the site of a constitutional amendment debate to be held Tuesday, one of four Hometown Debates organized by the nonpartisan Institute of Political Leadership across the state. Up for debate here will be the longest amendment on the ballot, about filling judicial vacancies. Here’s what the ballot will say:

“Constitutional amendment to change the process for filling judicial vacancies that occur between judicial elections from a process in which the Governor has sole appointment power to a process in which the people of the State nominate individuals to fill vacancies by way of a commission comprised of appointees made by the judicial, executive, and legislative branches charged with making recommendations to the legislature as to which nominees are deemed qualified; then the legislature will recommend at least two nominees to the Governor via legislative action not subject to gubernatorial veto; and the Governor will appoint judges from among these nominees.”

For or against? If you haven’t decided — or even if you have — you can hear the amendment explained, pro and con, starting at 7 p.m. Tuesday at the Meroney Theater, 213 S. Main St.

As for the election, the Salisbury Post is partnering with Catawba College and the Rowan County Chamber of Commerce to hold a debate featuring Rowan’s state House and Senate races. The debate will be held 6 p.m. Oct. 16 in the Rowan Administration Building, 130 W. Innes St.

You cane help now by providing the moderator, Dr. Michael Bitzer of Catawba, with a variety of questions to present to the candidates. Legislators control everything from school funding to coal ash laws and state fees — countless issues that touch our lives.

Candidates are Carl Ford and Arin Wilhelm for state Senate; Joe Fowler and Harry Warren for House District 76; Julia Howard and Bonnie Clark for House 77; and  Larry Pittman and Gail Young for House 83.

Please submit your questions by emailing them to editor@salisburypost.com or by calling 704-797-4244.