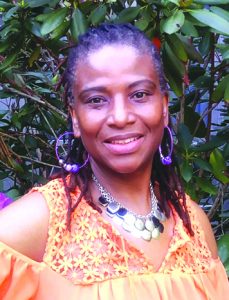 The phrase “don’t make a mountain out of a mole hill” was something I heard back in Africa growing up as a child, but had never seen an actual mole hill until I came to the United States as an adult.
Not to say that there are no mole hills in Africa, but since the saying did not originate with the culture, no one bothered to search the metaphor used.
You see, Liberia was founded for free slaves from America. When they emancipated back to Africa in the early 1800s they took with them the language and some of the culture of the West.
When I emigrated to the United States in the late 1990s, I was shocked to see an actual mole hill. Wow! Indeed, it bore the true meaning of the phrase — one could easily just walk on top of a mole hill without noticing it.
You see, the Liberian culture then and now tends to speak in parables, so they relate to most of the old sayings and if one is a part of the culture, he or she does not need an explanation.
Therefore, even though I was a child, I understood what the phrase meant without seeing a real mole hill. Not that seeing a mole hill was one of the must-see things I had in mind when I came to the United States, but seeing it did bring back memories and it became a teachable moment for me.
I connected with it immediately and it made the long-time idiom seemed even more meaningful. It was like putting a face to a name — it became an Aha moment for me. I’m sure as you read this article, you too have had encounters like that and I need not tell you that the phrase is a warning against taking things out of proportion.
Ironically, we do just the opposite: instead of walking over our mole hills, we love to see them grow into mountains. Instead of treating our problems as mole hills we turn them into giant mountains. In my native vernacular we say “You like to make small thing big.”
This reminds me of the Bible character named Haman in the book of Esther. He allowed his mole hill (Mordecai) to become his mountain which eventually cost him everything, including his life.
What are you allowing to be a mountain to you? Are there mole hills right now you could just trample underfoot and not even break a sweat, that are now becoming mountains for you?
The devil likes us to view our challenges as insurmountable mountains. God wants us to consider them as mole hills. In Genesis 14:18, He says to Sarah “I am the Lord, is there anything too hard for me?” Therefore, when you find yourself worked up over little issues like I sometimes do, just say to yourself — it’s just a mole hill.

Doug Creamer             I am sitting at my computer looking out my window at a hummingbird at the feeder. It... read more