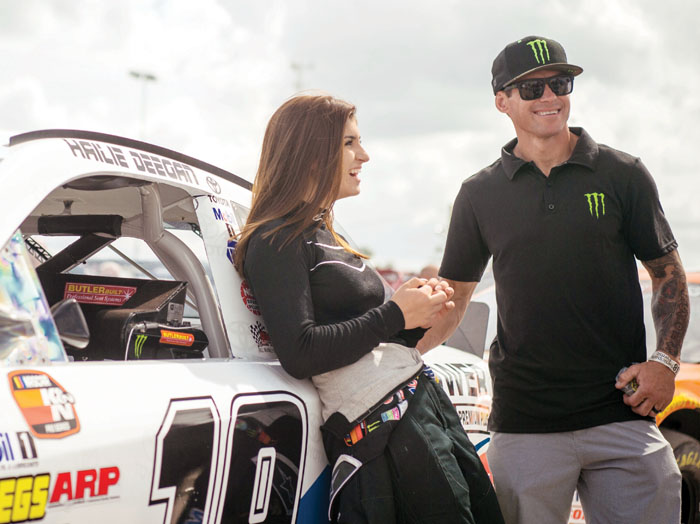 In this image taken Feb. 11, 2018 and provided by Connexions Sports and Entertainment, NASCAR K&N Pro Series East driver Hailie Deegan shares a laugh with her father Brian Deegan at the New Smyrna Speedway in New Smyrna Beach Fla. She wants to be known as the next Deegan, not the next Danica. But for up-and-coming stock car driver Hailie Deegan, it's proving easier to distance herself from her motocross icon of a father, than the comparisons to Danica Patrick. (Chris Garrison/Connexions Sports and Entertainment vis AP)