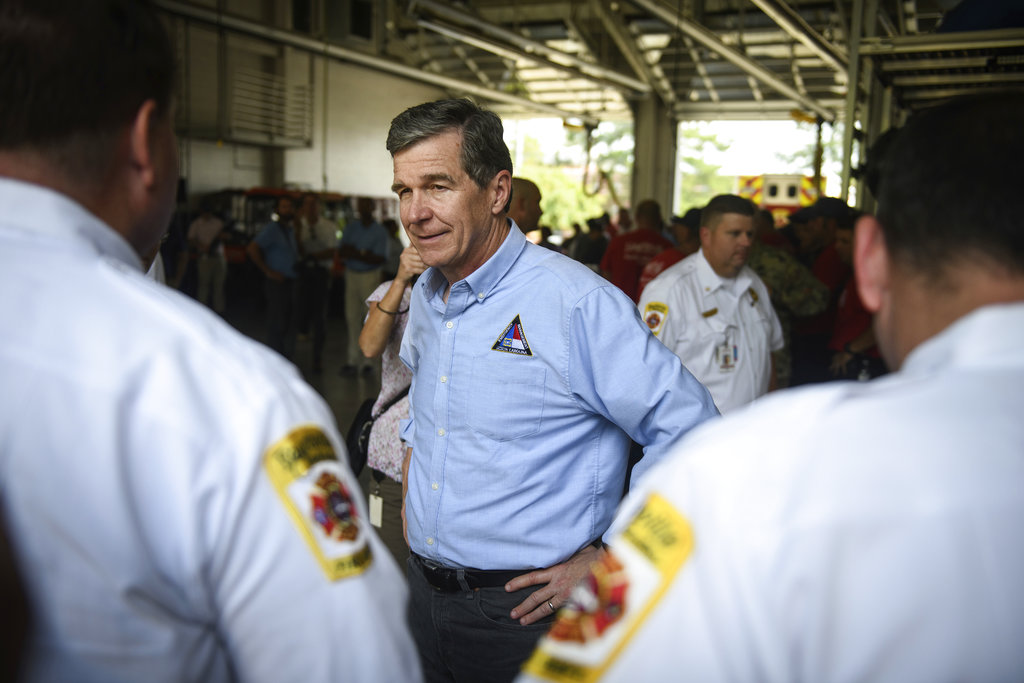 RALEIGH (AP) — North Carolina Democratic Gov. Roy Cooper has formally called for a special session of the legislature in October to begin dealing with Hurricane Florence relief, but Republican legislative leaders want the date moved up.

House Speaker Tim Moore and Senate leader Phil Berger wrote Cooper on Friday asking the session be called for Sept. 28, instead of Oct. 9 as Cooper announced Thursday. But Cooper’s signed proclamation for Oct. 9 was received by the General Assembly minutes before lawmakers released their letter.

The General Assembly could still force the earlier start if GOP leaders got enough signatures to set their own session. Berger and Moore say lawmakers should act quickly to show Congress it’s ready to cover the state’s share of federal aid. They also want to pass a law making clear teachers in closed schools will get paid.

Cooper says North Carolina damage will be in the billions of dollars, and rescues continue.

Rescuers used helicopters, boats and high-wheeled military vehicles to evacuate about 100 people Thursday night from the town of Kelly in Bladen County, where high water breached a levee and flooded the town.

The mandatory evacuation issued Thursday for Kelly, population about 800, was the third for the town, said Bradley Kinlaw, the county’s director of emergency management.

In a phone interview Friday, Kinlaw estimated 100 people were evacuated Thursday night and that about 50 people remain in the town. He said fire department authorities and N.C. National Guardsmen were in the town Friday, trying to get people to leave.

The evacuations are part of the continuing effects of Hurricane Florence, which made landfall one week ago.