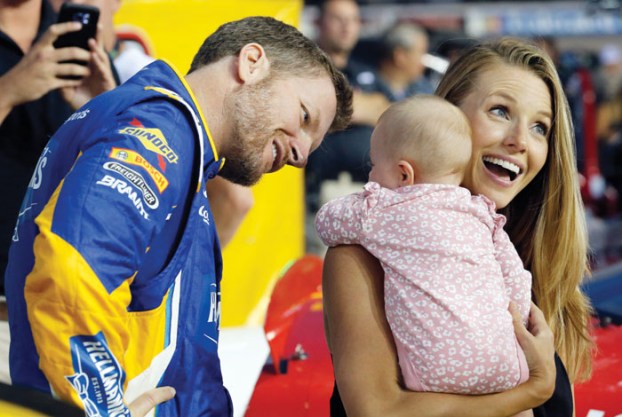 Dale Jr. returns to the track 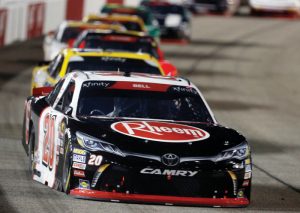 By HANK KURZ Jr., AP Sports Writer
RICHMOND, Va. (AP) — Christopher Bell took the lead away from Matt Tifft with 13 laps to go and won the opening race of the NASCAR Xfinity Series playoffs on Friday night.
Dale Earnhardt Jr. finished fourth in what he said would be his only start of the season. Earnhardt retired from NASCAR’s Cup Series last year and works as an analyst for NBC Sports.
Earnhardt led a race-high 96 laps, most coming in the second half of the race, but lost the lead to Tifft on pit road with 30 laps remaining.
Earnhardt said afterward he will probably run another race next year, but doesn’t want to do too much to take away from his burgeoning broadcasting career.
“I want to be in the booth for a long, long time,” he said.
Bell won for the fifth time this season, including twice at Richmond Raceway.
“To be able to come out here and win on a late race restart like that is really special,” said Bell, who won last year’s championship in the truck series.
On a night when series points leader Justin Allgaier crashed with about 25 laps to go, winding up 32nd, Bell also took the points lead with six playoff races to go.
Ross Chastain rallied to finish second, followed by Daniel Hemric.
The race was the 31st in the series for Elliott Sadler, a Virginia native who grew up about 70 miles away and regularly attended races at the track. Sadler, who is retiring at the end of the season, was hoping to capture his first career victory on the 0.75-mile, D-shaped oval. He ran in the top 10 most of the race and finished sixth.
___
More AP auto racing: https://apnews.com/tag/apf-AutoRacing and https://twitter.com/AP_Sports