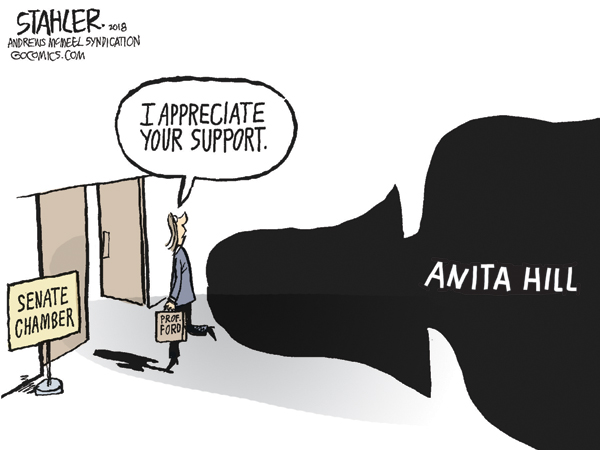 … Commissioners to consider hearing for I-85 development

A large e-commerce warehouse and distribution center that pays a living wage would be great for Rowan County’s ready workforce. Great job for those involved in recruiting development to Rowan.

It would be, but it seems that Cabarrus County is miles ahead in this type of development. I would hate to see a “white elephant” type of situation evolve.

We can agree. The true measure of public school success should not be determined solely by standardized test results and the number of its graduates attending elite academic institutions.

Students enrolled in public schools are heterogenous in terms of family background and support, academic and vocational acumen, learning styles, and mental and social maturity. A more realistic metric for judging effectiveness is reflected in the graduates contributing to the well-being of the whole society.

Public school alums are professionals such as doctors, lawyers, bankers and teachers as well as laypeople such as electricians, plumbers, factory workers and gardeners. These are the alums that render the true measure of successful public-school education.

If you want to be ruled over by New York, California , Illinois, Texas and Florida, sounds like a great idea.

The problem I have with the Electoral College is that the small states get too many electoral votes based on the number of people that voted. They need to change the allocation of electoral votes per state.

Conversely, this is one reason exactly why the Electoral College was created — to ensure smaller states have a voice that isn’t drowned out by the larger states.

A national vote policy such as the one suggested by the National Popular Vote bill circumvents the Electoral College and institutes a de facto “national vote” for the president. It removes yet one more layer of state sovereignty.

And it does nothing to address the growing urban/rural sectionalism that permeates our nation. In fact, it pushes the strength towards the left-leaning urban zones, as opposed to maintaining some semblance of balance. The system was designed so that the will of the people in their respective states would be represented. It protects smaller states and their interests, as was the intent of the framers.

“One person one vote” is a noble idea, and it exists: state by state.

All the polls had Trump losing the election. I don’t believe polls any more. … The one thing about Fox news, they call out anybody, but they are the news that counters the liberal three networks that hate President Trump.

Fox will always be the media mouthpiece for Trump. They only know one way to tell it, his way, which is usually not the truth.

The author conveniently left out this fact about what the tax cuts for the rich has brought about:

“WASHINGTON (Reuters) — The massive tax cuts signed into law in December, which Republicans said would pay for themselves, will balloon the U.S. deficit in years ahead, the Congressional Budget Office said on Monday, possibly hobbling President Donald Trump’s future agenda.

“The national debt is on track to approach 100 percent of gross domestic product (GDP) by 2028, said the nonpartisan CBO, which analyzes legislation for Congress. …

The single best op-ed on education that I’ve read in a good while.

Formative classroom assessments are certainly best for directing instruction. However, to say that there are testing experts in each classroom is an overstatement. Many teacher-made tests do not measure what a student knows or has learned. To suggest that teacher-made tests should replace standardized test shows a lack of understanding.

EOGs and EOCs are summative tests that measure a student’s mastery of the standard course of study. Each question on these tests goes through a 20-step process to insure quality. Each question must be bias free, written for ease of understanding and must specifically measure a standard.

Dr. James, if you have earned a doctor of education, you must at some point have been taught about universal test design. You must understand that there is no comparison between a classroom teacher test and a standardized test.

Both types of assessment are important. To suggest that teacher-made tests should replace standardized test- is at best naïve.

Mrs. Bowyer, you’re a former program manager for local assessment for Winston-Salem/Forsyth County Schools, so I can understand how you might be in favor of some standardized tests. I would argue that there is nothing worth knowing they can tell us that teacher-made assessments can’t also tell us.

I don’t particularly care how my students match up with kids in Iowa or Tennessee or Germany. Especially since I know — no matter how many points of quality a standardized test may have passed through — rampant socioeconomic bias and zip code correlations continue to permeate these types of tests.