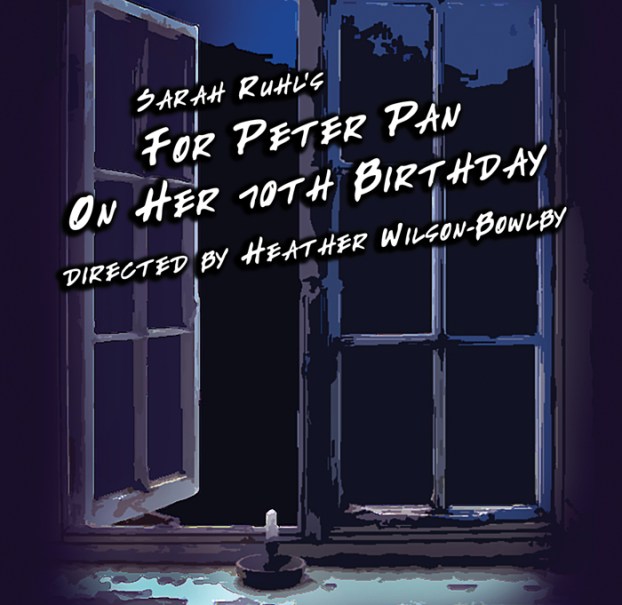 ‘For Peter Pan on Her 70th Birthday’ — Neverland like never before

In “For Peter Pan on Her 70th Birthday,” a play that deals with family dynamics, growing old, and staying young, we meet Ann portrayed by Claudia Galup. She and her siblings are with their father during his final moments. When Ann thinks of her father, she immediately remembers playing Peter Pan in her hometown theater in Iowa. This piece is a loving look at a family’s view of life, death, and the allure of never growing up.
“For Peter Pan on Her 70th Birthday” is playwright Sarah Ruhl’s most recent play, written in 2017. Ruhl’s previous works have been nominated for both Tony and Pulitzer Prize awards, and have earned her numerous accolades including the Helen Hayes Award, Samuel French Award for Sustained Excellence in American Theater, and a MacArthur Fellowship.
A 70th birthday present for Ruhl’s mother Kathleen, Ruhl says that “For Peter Pan on Her 70th Birthday” was her first time writing her family in to a play. As a teenager, Kathleen played Peter Pan in Davenport, Iowa, and Ruhl grew up seeing photos of her mother flying in green tights all around her grandparents’ home. In an interview with WBUR, Boston’s channel for National Public Radio, Ruhl explained that she “wanted to write a play for her that gave her a new metaphor for death, because she was really afraid to die…Neverland became a metaphor and also a place where grown-ups could play and play out various childhood fantasies. And I think, I think Peter Pan is also very much about death, the original material.”
This production, a Lee Street Theatre and St. Thomas Players partnership, will entice audiences and invite them to dream big with the rest of the cast. The set will be minimal in style to allow imaginations to run wild. This truly will be a trip to Neverland for every audience member.
The cast includes Claudia Galup as Ann, John Brincefield as John, Bill Reilly as Michael, John Bowlby as Jim, Jennifer Hubbard as Wendy, and Gary Thornburg as Father. It is produced by St. Thomas Players and directed by Heather Wilson-Bowlby in collaboration with the Center for Faith and the Arts.