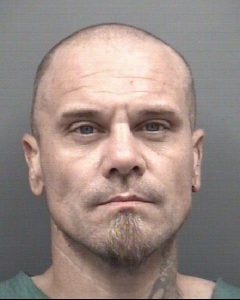 Officials said as a result of an in-depth investigation by Rowan County Sheriff’s detectives and the Rowan County District Attorney’s Office, Brandon Paul Hodges has been charged with robbery with a dangerous weapon, felony breaking and entering, and assault with a deadly weapon inflicting serious injury.

Wanda Kennedy’s grandson, Ronald Helms, who was at the home at the time Hodges broke into the Kennedy residence, was severely injured when Hodges assaulted him with a baseball bat he had picked up at the home. The home is located at 8353 Smith Road in Kannapolis.

Helms was able to escape the residence and call for help, while Hodges stayed in the home damaging items and going through the house. Investigators said Wanda Kennedy came home while Hodges was still inside and confronted him. Hodges then assaulted Kennedy with a blunt object found in the home, resulting in her death.

During the assault, Hodges took Kennedy’s cell phone. Hodges still had the phone when deputies arrived at the scene.

Effective Sept. 18, the Rowan County Board of Commissioners Chairman Greg Edds has ended the State of Emergency Declaration for... read more