Other Voices: The age of the lockdown 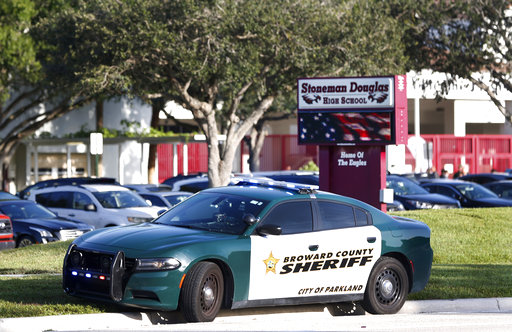 Earlier this summer, Robert Runcie, the superintendent of schools in Broward County, Florida, sent a back-to-school message to the “families and community” of Marjory Stoneman Douglas High School.

His missive mentioned nothing about teachers or books or curriculum. Instead it went on for four pages about security measures the school has taken since a gunman committed mass murder there last February, killing 17 and injuring 17 more.

The school building now has a video intercom system with electronic door release, card readers to admit staff at “primary entry points,” new surveillance cameras, additional fencing and gates to establish a “secondary perimeter,” new classroom door locks, and additional security personnel. If that sounds more like prison than school, students and parents may simply have to get used to it.

Whether armed teachers or administrative staff make schools safer is unknown. Before summer recess this year, children at U.S. schools engaged in several unintentional shootings. And a Stoneman Douglas teacher was charged with leaving his loaded Glock handgun in a beach restroom.

In schools elsewhere, sophisticated technology, including facial recognition software, is being deployed in hopes of making shootings less likely.

What all these efforts have in common is obvious: They attempt to compensate for Congress’s failure to pass laws making it more difficult for dangerous people to get hold of devastating firepower, or for children to access guns in their own homes or those of relatives. Many states do no better.

In Florida, the massacre at Marjory Stoneman moved politicians to make changes. The state established a law which allows authorities to temporarily restrict access to guns by people who are a risk to themselves or others, raises to 21 the minimum age to purchase a firearm, extends the waiting period on gun purchases to at least three days, and bans bump stocks, the dangerous rifle accessory used by the gunman who killed 58 people and injured hundreds at a Las Vegas concert last year.

But Florida gun laws remain inadequate, and the state’s oversight is so lax, it all but invites violence. Florida has granted an astonishing 2 million concealed carry permits. What are the chances that all 2 million permit holders are responsible gun owners?

Worse, from February 2016 to March 2017 Florida failed to review the national criminal background checks of tens of thousands of applicants for concealed carry permits – allowing hundreds of unqualified applicants to get them. (Adam Putnam, the state commissioner of agriculture, whose office is in charge of the permits, has called himself a “proud NRA sellout.”)

Turning American schools into high-security armed camps is a grim, if understandable, response to abject political failure. Perhaps if there were more responsible people in public life, schools would have less need to operate like prisons.

Editorial: Help, but do it wisely