My Turn, Alan Menius: Time to fess up, ‘Fox & Friends’ 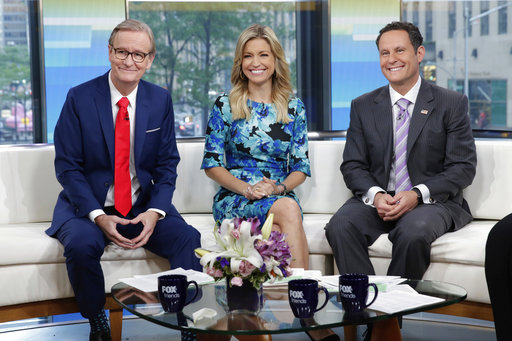 Listening to Fox & Friends Thursday morning, I heard Dana Loesch say, in the course of the gang’s lambasting of Maxine Waters for advocating impeachment: Instead of talking about impeaching Trump, “maybe (they should) propose some policies and give voters some alternatives, instead of constantly complaining about Trump and talking about issues that (voters) don’t popularly support.”

In the alternate universe in which F&F thrives, that is a logical statement. However, looking at poll after poll, the policy positions of the progressives are more often than not supported by a majority of Americans. Single payer health insurance or Medicare for all — a majority support it. Believing that climate change is real and we must do something about it, including reasonable regulation and the active support of alternative non-fossil fuels — a majority supports that. Protecting a woman’s right to choose and maintain control over her own body and health — strongly support that. Common sense gun control like background checks and regulation of guns that facilitate efficient mass murder — a majority supports it. Protecting our water and air — a majority supports that. Preserving public lands for enjoyment of future generations — for it. Fair taxation that pays for needed services for the good of all, education, helping children and those less fortunate — for it. Tax cuts that benefit the wealthy and add to the national debt that will come down on children’s head — against it.

So, the reality is that the Democrats do have policy proposals that are real alternatives to what the current control party is giving people, proposals that most people believe in. It’s said that “facts have a liberal bias”. True. Media has a liberal bias? No, media’s duty is to deal in facts and the good of the populace. Reporting the reality of bad ideas doesn’t make them liberal, it makes them reality. The fact is that the solutions to this country’s problems, contrary to what money and power scream so loudly to deny, are based in progressive thought. I challenge every reader of this to reflect on their own personal values and see where in the political spectrum they put them.  I find it hard to understand how serious introspection can lead one to feel that we are acting out the best in ourselves with the ideology playing out in D.C. or even in our own state capital.

So, Fox & Friends, be honest enough to stop pretending you are mainstream advocates of the majority of Americans  Rather, it is the relatively small, vocal, wealthy cadre of elites for whom you are ringing the bell. I do agree that Democrats should stop thinking and talking about Trump and his impeachment — that will take care of itself in due course — rather, focus on the reality that you have reality on your side. Help people see that for themselves. Most importantly, work to assure they have a fair access to their vote and that they enthusiastically exercise it.