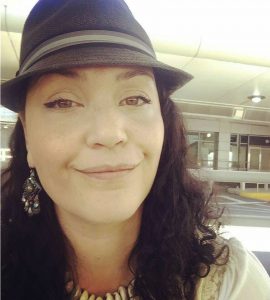 SALISBURY — Rowan County Sheriff’s officials confirmed Monday that a woman who had been reported missing has been found dead, apparently a victim of suicide.

The body of Stacy Samantha Jethroe, 44, was found on Old Cress Road, less than 15 miles from her York Road home. According to officials, it appears she pulled her vehicle onto a service road near a cornfield and hanged herself near her car.

Jethroe had been reported missing on Sept. 9. She was last seen Sept. 5, when she did not return to work at B&E Custom Cabinets in China Grove after lunchtime. She was seen on surveillance video at the Rite Aid drugstore in China Grove about 12:28 p.m. that day, which officials said was the last known sighting of Jethroe.

Longtime friend Lashaun White said last week that Jethroe has lived in Rowan County for about a year. Before that, she had lived in Charlotte, Kansas City, Boston and California.

Word quickly spread about her death via a Facebook Group, Finding Stacy Jethroe, created by concerned friends a week ago.

Friends were quick to offer words of comfort for one another

Both of Jethroe’s parents are deceased, she had no children, was never married and had no other siblings. She did have extended family and many more friends across the country.

SALISBURY — Brooklynne Witherspoon’s cousin, 7-year-old A’yanna Allen, was murdered two years ago. On Wednesday, Witherspoon will be in her... read more