The heat is on: NASCAR playoff push kicks into gear 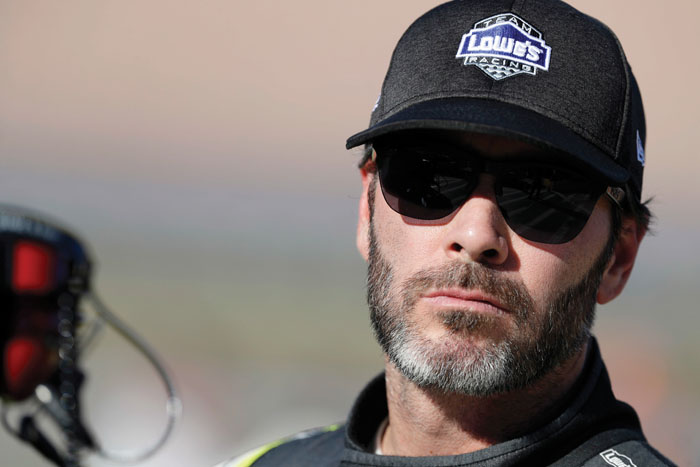 LAS VEGAS (AP) — Seven months into the NASCAR Cup series season, Kyle Busch and Kevin Harvick are dead-even atop the standings. Defending champion Martin Truex Jr. is right behind them, and the other 13 drivers in the playoff field are desperate just to keep up.

Even after the occasional predictability of a regular season dominated by the Big Three drivers, the stage is set for an intriguing playoff push. It all starts Sunday in the 98-degree heat of Las Vegas, where every event just seems bigger.

“You can feel the energy from the teams and the drivers before this playoff, even more so than you have in years past,” said Kurt Busch, a Las Vegas native. “There’s so much energy and so much attention with it being in Vegas for the first time. It just makes everything more exciting.”

NASCAR’s playoff stretch is kicking off for the first time at Las Vegas Motor Speedway, which also got a second race for the first time this season after years of strong public support for the sport. While the temperatures on the slick track will bear constant monitoring, most drivers aren’t as worried about the heat as the stakes when this season hits the home stretch.

The playoffs add another element to the season-long rivalry among Harvick, Truex and Kyle Busch. Those three drivers’ joint dominance — they’ve combined for 17 victories and 51 top-five finishes while leading more than 42 percent of the laps over the entire season — has been the overriding theme of the season.

With 10 races still to go, the front-runners are eyeing each other warily. Nothing will be decided in Vegas, but a major mistake — particularly by Truex, whose playoff points cushion isn’t as big as his fellow leaders — could change the championship chase.

“My favorite part about where we’re at is that I feel we’ve been in championship form all year,” said Harvick, who won on this track in March. “I don’t feel like there is a switch we have to go flip. We’ve been in the middle of the headlines and noise and all the things that come with the success we’ve had this year. The moment is not going to surprise anybody on my team. It should be business as usual as you start this weekend, and the goal is to win. Win the race in Las Vegas and go from there.”

More things to watch at the 1 1/2-mile track on the far north end of Las Vegas Boulevard:

Erik Jones was the surprising winner of the pole Friday, with the 22-year-old starting off his first playoff run by scorching the track. Since they can’t control what happens at the top of the standings, Jones and the other playoff drivers outside the Big Three all realize their target should be the fourth spot heading into the season-ending race at Homestead.

“I would say there’s a few dark horses,” Jones said after edging Joey Logano by a minuscule margin for his second career pole. “I don’t think I am the only one. I would say the Big Three are definitely the favorites to get to Homestead, but that last spot needs to be filled. We’re all fighting for it.”

Veteran champions such as Jimmie Johnson and Brad Keselowski made the playoffs, but even Keselowski — who’s in fourth place in the standings — is largely shooting for that fourth spot at Homestead. Keselowski surprised the field with two straight race wins heading into Vegas, but he realizes how much still needs to be done this fall.

“Winning (last week) certainly doesn’t hurt, but I think you try to temper that with the knowledge that other than the playoff bonus points, it is more or less a confidence thing,” Keselowski said. “It doesn’t count for much for the 10 weeks ahead of us.”

Kurt and Kyle Busch grew up racing at this speedway and the dirt tracks on the vast desert surrounding Las Vegas, but they’ve combined to win just once in their 31 career Cup series starts here. Kyle’s 2009 victory was an awfully long time ago, too. Both veteran drivers acknowledge their frustration at not being able to celebrate on their home track.

“It’s my hometown, and I put too much pressure on myself,” Kurt said.

Keselowski’s victory last week was the 499th in history for Team Penske across all racing competitions. The success began 52 years ago with the 1966 Rolex 24 Hours of Daytona and expanded to include 17 Indianapolis 500 wins, two Daytona 500 victories and more wins everywhere from Formula 1 to V8 Supercars. Keselowski, Ryan Blaney and Joey Logano all would love to be the driver to deliver the landmark 500th win for owner Roger Penske — and they have a 3 ½-hour head start on Josef Newgarden, Simon Pagenaud and Will Power, who will try to win the IndyCar season finale in Sonoma later Sunday.