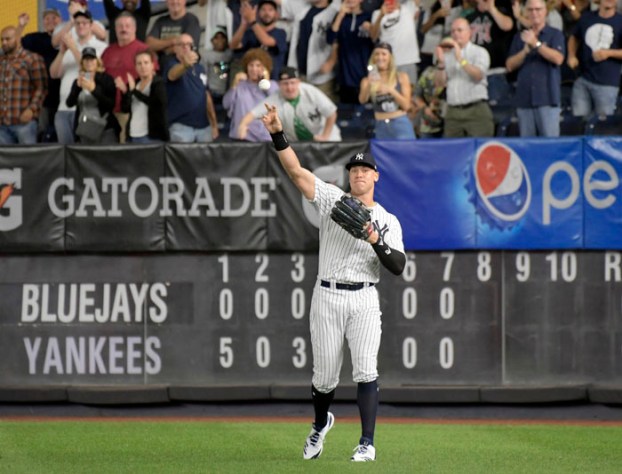 New York Yankees right fielder Aaron Judge gets an ovation from the fans as he warms up coming into the baseball game in the eighth inning against the Toronto Blue Jays Friday, Sept. 14, 2018, at Yankee Stadium in New York. (AP Photo/Bill Kostroun)

CHARLOTTE (AP) — Panthers cornerback James Bradberry has set his sights on becoming an All-Pro cornerback this season. He will... read more