Friends remain positive that missing Salisbury woman will be found 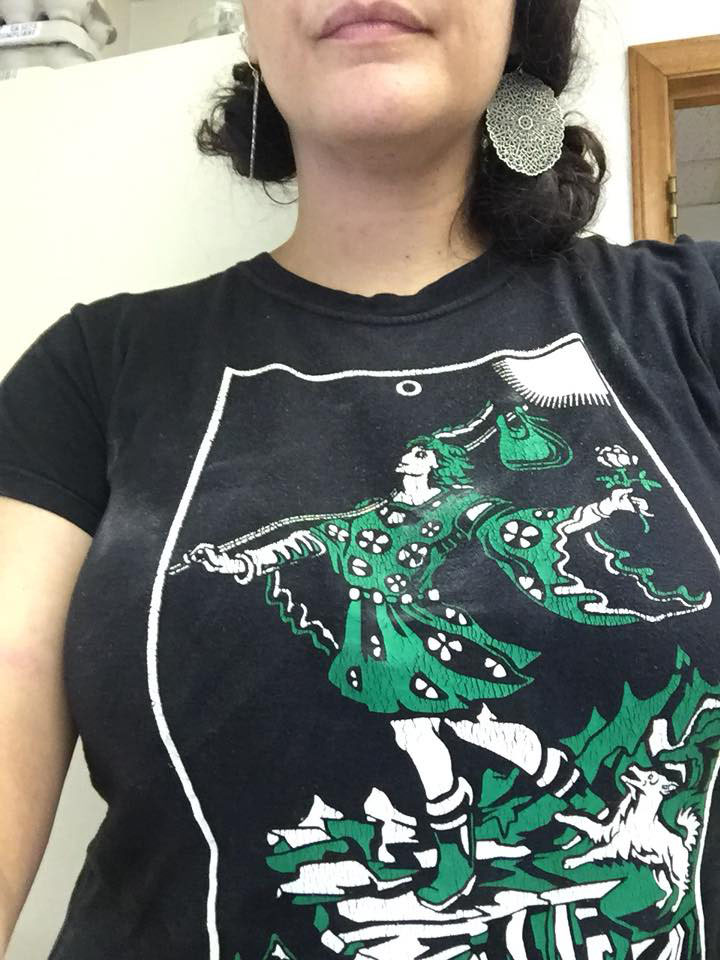 Friends say this is the T-shirt that Stacy Jethroe was wearing the last day she was seen. Jethroe has been missing since Sept. 5 and was reported a few days afterward. She left from work during lunch and never returned. Submitted photo

SALISBURY — Friends of a missing Salisbury woman say it’s not unusual for her to disappear but it is out of character for her not to contact any of them.

Jethroe, of 355 York Road, was reported missing Sunday. She had not been seen since she left work for lunch on Sept. 5.

She was seen on surveillance video at the Rite Aid drugstore in China Grove about 12:28 p.m. that day, according to sheriff’s Capt. John Sifford.

“To our knowledge, that was the last known sighting of Stacy Jethroe,” Sifford said.

Longtime friend Lashaun White said Jethroe has lived in Rowan County for about a year. Before that, she had lived in Charlotte, Kansas City, Boston and California.

“She would leave at times, which was true. She would still be active and be in communication with people,” White said.

White said that most of the times she was gone, Jethroe was visiting a friend.

She said Jethroe left her computer at home and she generally takes that everywhere she goes.

“If she was leaving town, she would take her computer with her,” White said.

White said Jethroe does not have close family in the area and no children, but she does have many “adopted” family through close friendships.

White said Jethroe has extended family in Arkansas. Her mother died when she was young, and she has not been in contact with her father.

Those friends created a Facebook page, Finding Stacy Jethroe, where they have been posting tips and sharing affirmations about her safe return.

“When her uncle died, my mom took her in,” White said.

According to friends, Jethroe was wearing a black T-shirt with a green print and jeans when she was last seen. That differs from authorities’ original description of what she was wearing.

Jethroe weighs 150 pounds and is 5 feet 8 inches tall. She has brown hair, hazel eyes and a large octopus tattoo on her right arm.

Anyone with information on Jethroe’s whereabouts is asked to contact Rowan County sheriff’s Detective Chad Moose at 704-216-8687 or Detective Kyle Youngo at 704-216-8683.