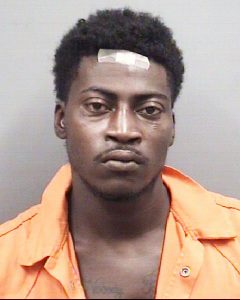 SALISBURY — A 23-year-old man is being treated at Carolinas Medical Center in Charlotte after being shot in the head Friday on North Ellis Street.

A suspect has been charged in the shooting.

Rasheed Malik Houston Degree was found with a gunshot wound to the head by police dispatched to 505 N. Ellis St., Apt. 101 in reference to a shooting.

Degree was taken to Novant Health Rowan Medical Center and airlifted to the Charlotte hospital.

Detectives charged Toronto Jakeith Conley Jr., 24, with attempted murder. He is in the Rowan County Detention Center under $1 million bond.